Discover some of the significant pieces of Australian history housed in Parramatta.

Chosen by Governor Arthur Phillip in 1788 as the colonial farming settlement, Parramatta is now home to significant pieces of Australian history due to the City's heritage as a pioneering location for industry, agriculture and politics. Here are 11 historical experiences you can have in Parramatta today.

Be transported back in time

The oldest surviving public building in Australia, Old Government House is now a World Heritage Listed museum. Home to the first 10 Governors of the colony, the building was used as a country residence for seven decades. Restored to its Georgian glory in Parramatta Park, the building is now home to Australia's largest collection of early colonial furniture supplied from the National Trust. Visitors are able to peruse or take a tour of the collection, learn about the history of the building and its former occupants and afterwards have a cup of tea and slice of cake at the cafe. 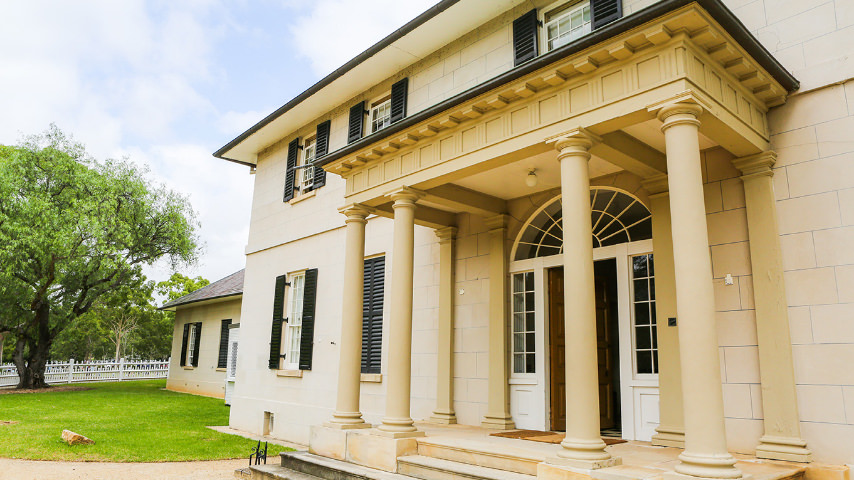 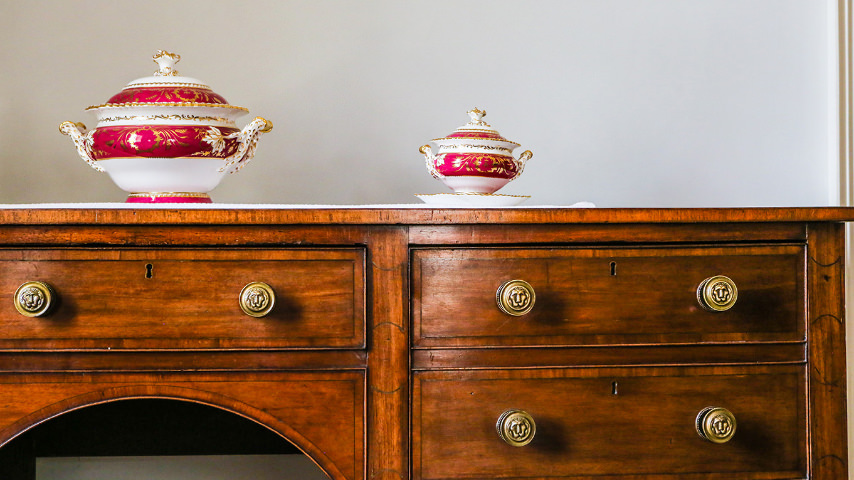 Have a cuppa at one of Australia's oldest surviving houses

Built in 1793, Elizabeth Farm is Australia's oldest homestead. Built as the home for young British military couple John Macarthur and his wife Elizabeth (the house's namesake), the property witnessed major events in Australia's colonial history including the birth of the Australian wool industry and the Rum Rebellion of 1808. Now run by Sydney Living Museums, Elizabeth Farm is a hands-on museum where you can walk through the cottage and its expansive gardens, experience a taste of colonial life and on weekends enjoy a cup of tea and scone in the renowned Tearoom. 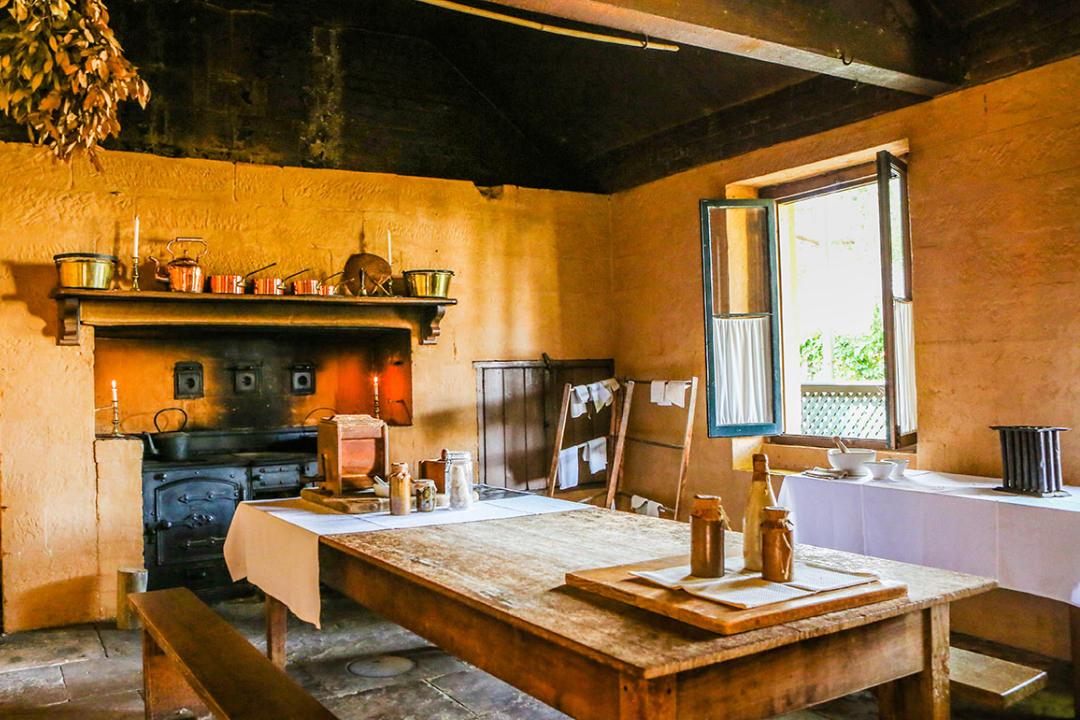 The Parramatta River walk is a 3.5 kilometre signposted path on the northern bank of the picturesque Parramatta River mapping out the journey of Governor Arthur Phillip as he travelled upriver from Sydney Cove to establish Australia's second European settlement. Walk the track under the historic Lennox Bridge, built in 1839, to The Crescent in Parramatta Park where Governor Phillip first landed.

The artwork along the river path is by Ngemba artist Jamie Eastwood and interprets the events of 1788, the settlement of the Europeans and the displacement of the Burramattagul people who had prospered along the river for thousands of years. Don't forget to stop in at the Parramatta Heritage and Visitor Information Centre to witness the Life of the River exhibition, a 2.5-metre-tall archaeological core sculpture capturing the story of the Parramatta River bank. 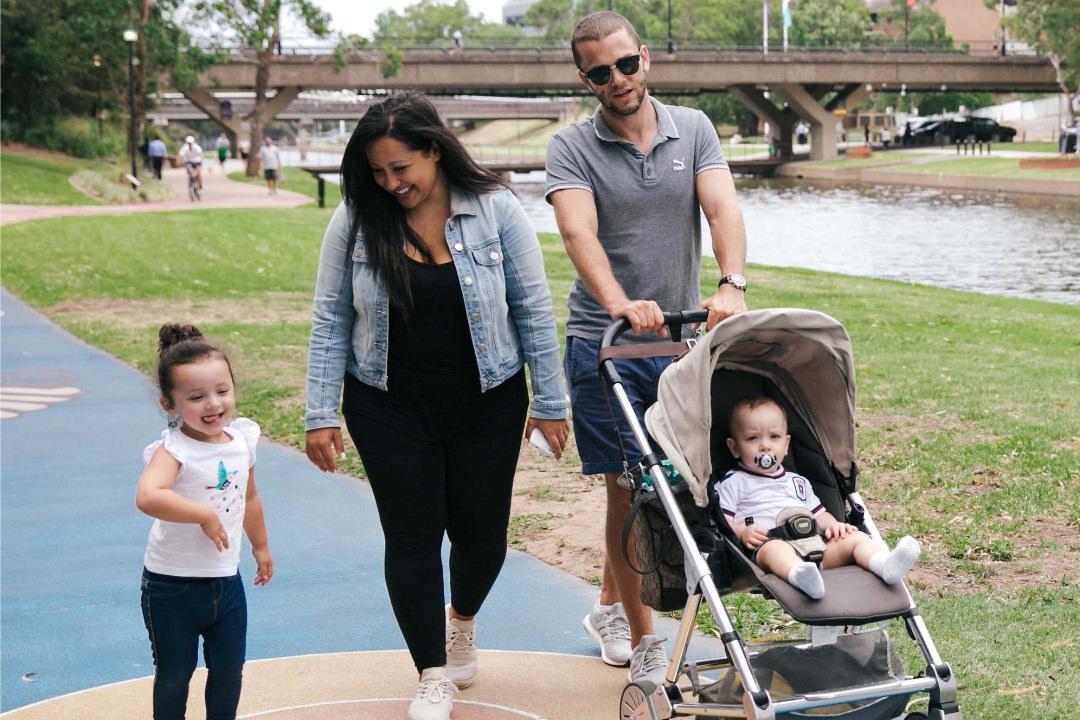 Reflect on significant moments in Australia's social and political history

The Whitlam Institute and Female Orphan School at Western Sydney University is a building filled with history. Opened in 1818, it was once home to orphaned convict and Aboriginal girls who were given a basic education here before it became a hospital for a century until the 1980s.

The grand building is now split into two wings, one housing a museum of the female orphan school and the other the Whitlam Institute and Margaret Whitlam Galleries since 2013.

Visiting the Female Orphan School is a rich and rewarding experience, and one worth repeating to see the changing art and social history exhibitions in the Margaret Whitlam Galleries, as well as the A Changing Australia: the time of Gough Whitlam exhibition. The Whitlam Institute, a research foundation and public policy institute, is also home to the Prime Ministerial Collection, filled with more than 35,000 objects related to Gough Whitlam including the letters and photographs of one of Australia's most remarkable Prime Ministers. 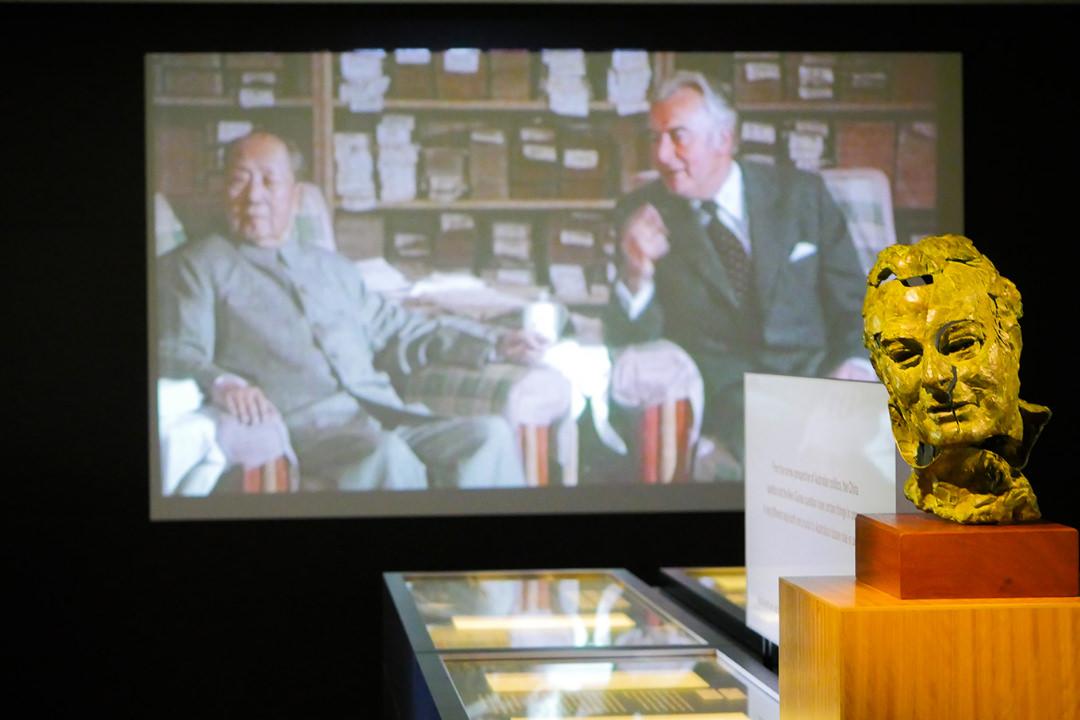 There is a rich legacy of medical science and hospital care in Parramatta, and you can learn about its history from colonial days to the 1980s as you roam Brislington Medical and Nursing Museum.

You’ll discover a “now and then” picture of medical care as you wander this two-storey Georgian house, built in 1821, with artefacts from early colonial days and the Parramatta Hospital showing equipment and instruments used through time alongside photographs and displays.

The building itself was a house resided in by Dr Walter Brown who named the house “Brislington” after his hometown in Bristol, England. For three generations, the Brown Family practised medicine at the residence before it was used as a nurses’ home from 1949, then as self-contained accommodation for Resident Medical Officers of Parramatta Hospital. 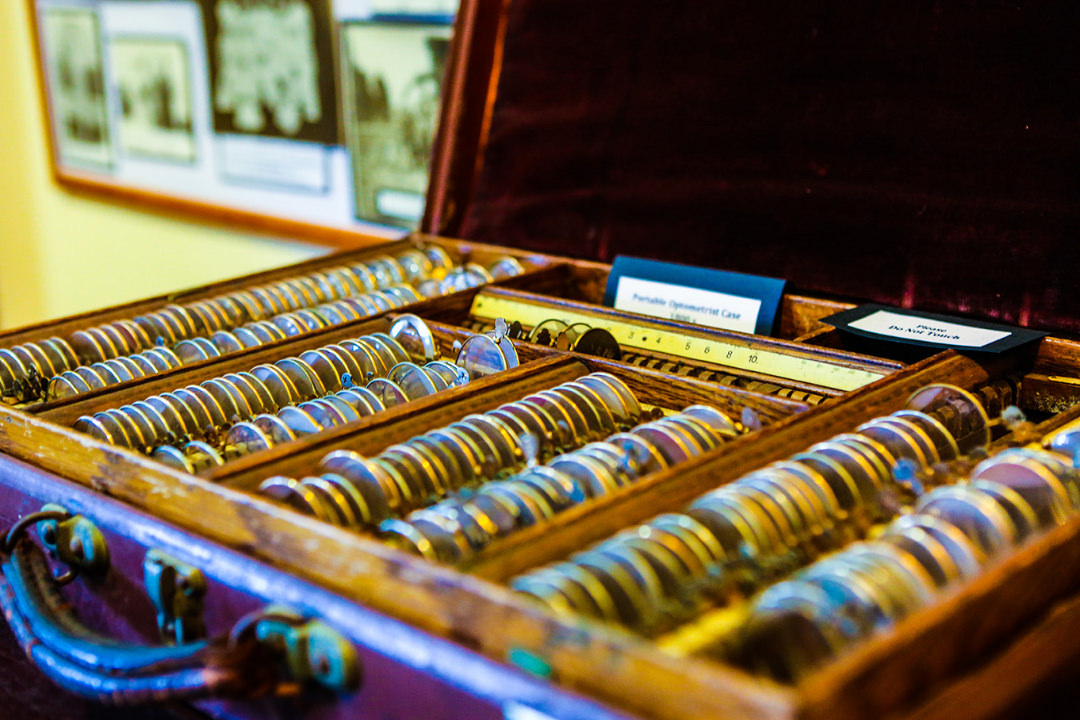 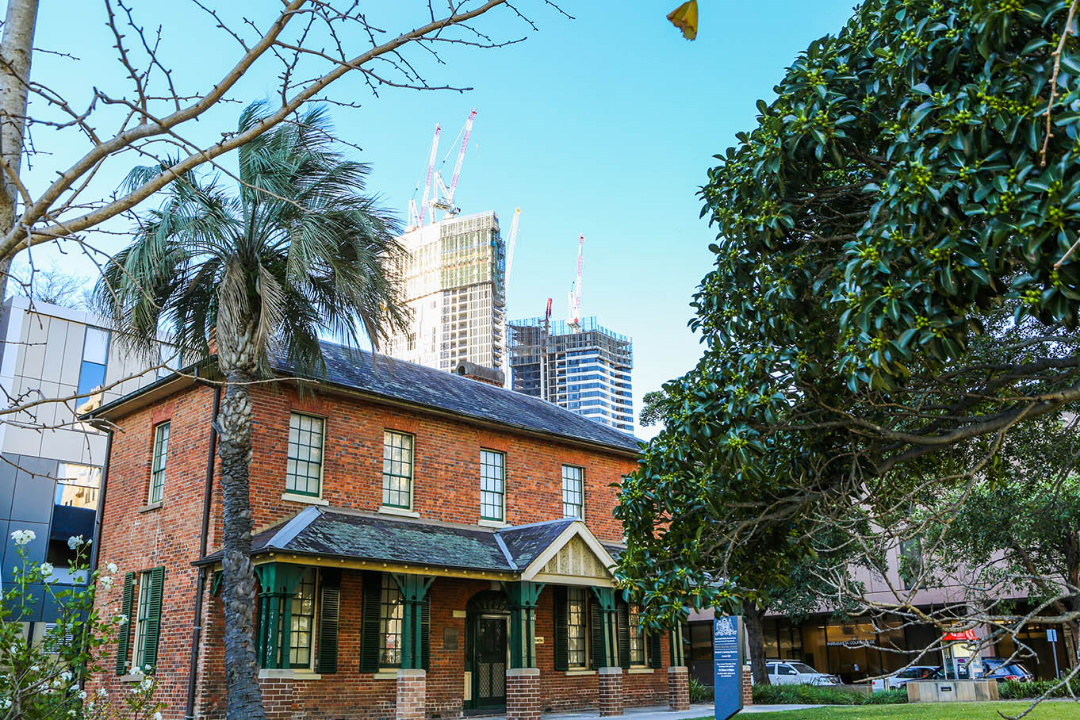 Take a tour of military history

At the NSW Lancers Memorial Museum, you can visit the home of Australia’s oldest and most decorated surviving regiment. The Lancer Barracks, a Commonwealth heritage listed precinct, was commissioned by Governor Macquarie in 1818, and has been home to the Royal NSW Lancers for over a hundred years. Take a guided tour of the museum and discover the stories the regiment’s service on the battlefields of the Boer War, WW1 and WW2; and view the museums’ collection of vintage armoured vehicles. Read original writings including from Australian icon Banjo Patterson, and witness the collection that features weaponry, uniforms, flags and documents from battle. 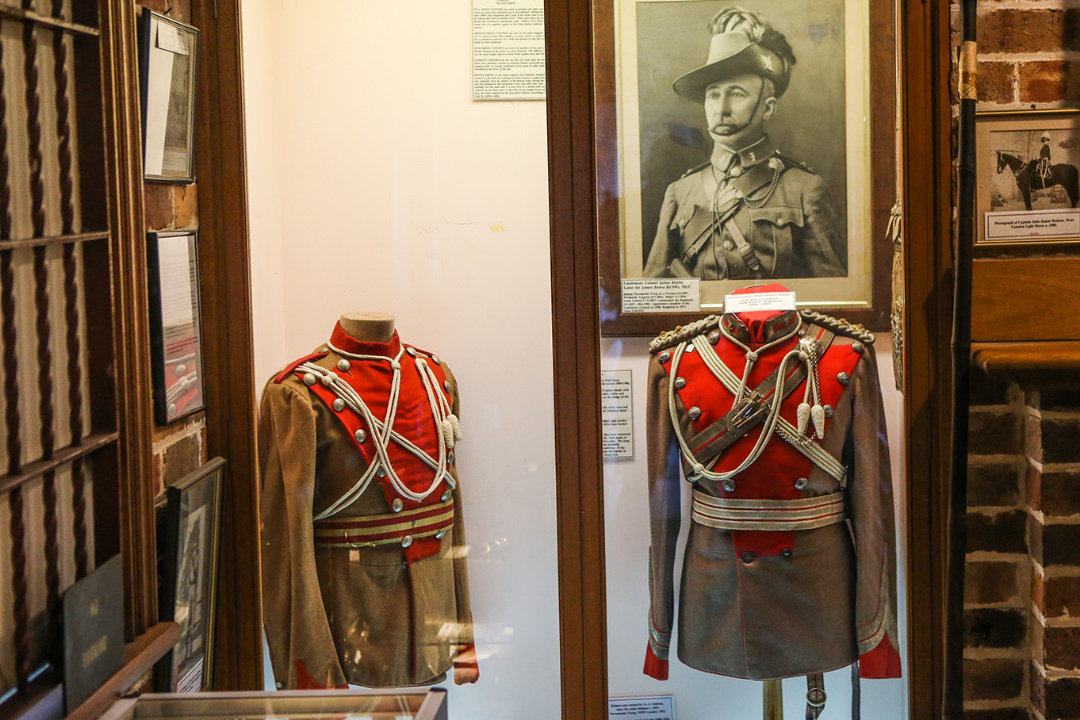 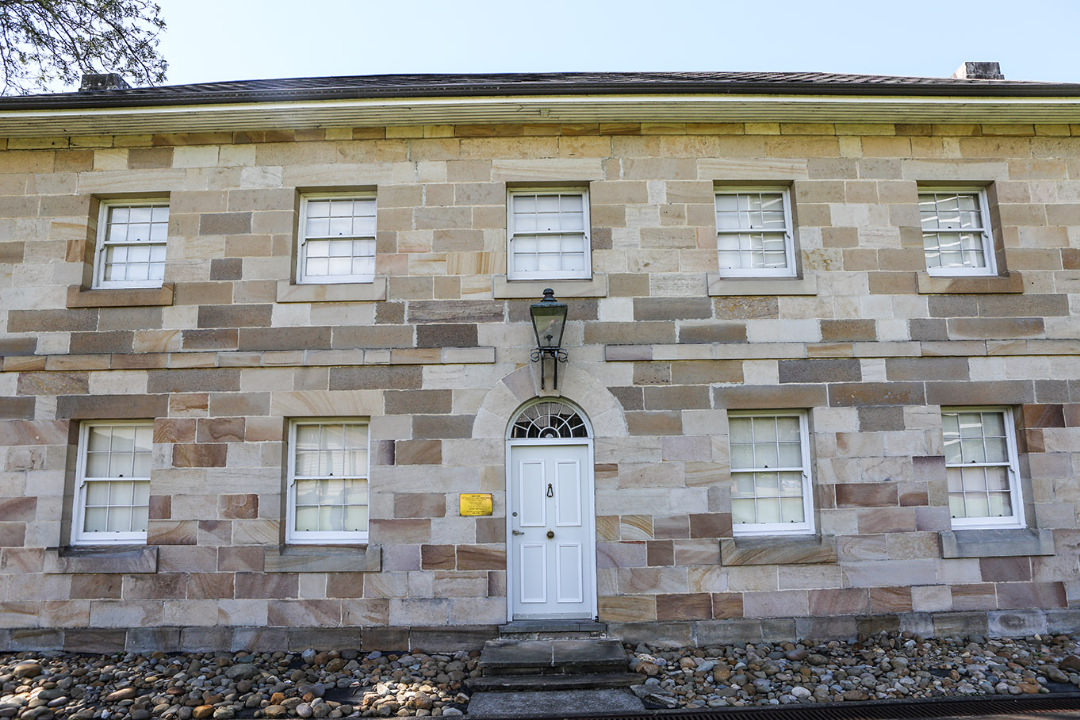 Be moved at the former Female Factory

2018 is the 200th anniversary of the Parramatta Female Factory, the sprawling location in North Parramatta which was a place of assignment for female convicts, a hospital, a marriage bureau, a factory, an asylum and a prison for those who committed a crime in the colony. Here you can uncover a history of convict womens’ incarceration experience (including removal of children), learn about the earliest dedicated women’s health service, early industrial textile history, and the first worker’s action in Australia. The site is now a public hospital; the site can only be visited as part of a guided tour. Guided tours can be arranged by appointment only.

Built in 1824, Hambledon Cottage, was part of John Macarthur’s Elizabeth Farm estate and is only a few hundred metres from Elizabeth Farm cottage. It was used as additional accommodation by the Macarthur family and their friends. Best known resident was Penelope Lucas, governess to the Macarthur daughters. All of the furnishings are genuine period pieces and some have a special connection with the early colony. Reverend Samuel Marsden’s desk and Governor Fitzroy’s bed are memorable pieces. The cottage is built of sandstone brick and is a house museum - giving visitors an accurate sense of a colonial cottage in the early to mid 19th century.

Experience a fascinating glimpse into the history of the Dairy Cottage Precinct in Parramatta Park through monthly guided tours. Built in 1796, the cottage is one of Australia’s oldest colonial sites and in the early 1800s it was enlarged and converted into a dairy with a sunken milk-processing room. Tours of this historically significant site are held by the City of Parramatta’s Host & Guides and include interpretive, audio-visual and artefact displays.

To book contact the Parramatta Heritage and Visitor Information Centre on 8839 3311 or visit the Dairy Cottage Precinct website.

Uncover the heritage of the land

Experiment Farm Cottage sits on one of the most important pieces of land in the founding of New South Wales. It was here that Governor Phillip issued the first land grant to former convict, James Ruse in 1789. Ruse went on to become a pioneer of agriculture and used the property to demonstrate an experiment in self sufficiency and survival. In 1793, Ruse sold his farm to surgeon John Harris who built the existing cottage in the 1834. Take a guided tour one of the oldest standing residences in Australia.

Even in this thriving city of close to a quarter of a million people, Parramatta has a rather unique ability to take you back into its history.
Discover,
History and Heritage,
Historical Places