Known simply as ‘the cottage on the plain’, the new building provided extra accommodation for the Macarthur family’s growing household and many visitors. Over the course of the nineteenth century Hambledon Cottage, as it was later called, hosted an array of guests and residents that included many eminent figures in the public life of the colony.

The modest but elegant Georgian-style bungalow was also the site of a remarkable personal history of opportunity, safety and friendship for women, in what was at that time most definitely a man’s world.

John Macarthur (1767-1834), one of the wealthiest and most powerful members of New South Wales’ colonial society, commissioned the cottage, so it is often said that he ‘built’ it. But who was really responsible for the appearance of the building, and who actually constructed it?

In 1820 the architect Henry Kitchen (1793-1822) made the original designs for a single-story residence with French windows opening to a broad verandah. After Kitchen’s untimely death in 1822, draughtsman Henry Cooper completed the plans for the house, enabling construction to proceed. Mostly convict labourers built the cottage, using materials that included locally made sandstock bricks and Australian red cedar.

The first person to occupy Hambledon Cottage was the Macarthurs’ oldest son, Edward. A professional soldier who lived much of his life in England, he stayed here while visiting New South Wales in 1824. He was succeeded in 1825 by Thomas Hobbes Scott, the first Archdeacon of the Church of England in Sydney, who moved in as a guest of his friend John Macarthur. Scott stayed for eighteen months, pleasing Macarthur’s wife Elizabeth with the condition in which he left the property for its next occupant.

In December 1826 she wrote to her son Edward, back in England, The Archdeacon has planted and got the garden in good order and built stabling and a coach house so that the little tenement will be tolerably complete for our old friend’s occupation and a pleasing auxiliary to our home establishment. The ‘old friend’ referred to was Penelope Lucas (1768-1836), governess to the Macarthur girls and in many ways the most important and interesting resident of Hambledon Cottage. 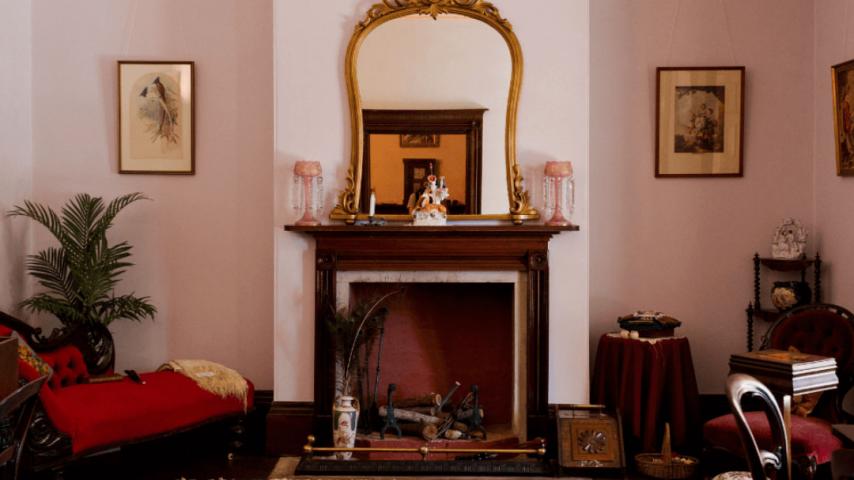 Miss Lucas accompanied John Macarthur and his eldest daughter Elizabeth when they returned to New South Wales in 1805 after a two-year visit to England. She was the first woman to travel to Australia with the purpose of making her living as a teacher, and the first governess to work in the colony of New South Wales.

The position of governesses in nineteenth-century society was notoriously difficult. Were they to be regarded as belonging to the same social class as their employers? Should they be treated as servants or friends? The situation of single – sometimes called ‘surplus’ – women was likewise challenging. Where did they fit into the social and economic structure? How could they support themselves without relying on a family or sexual relationship with a man?

Penelope Lucas was an outstandingly positive example of a woman navigating these problems through successful emigration. When Lucas arrived in Sydney at the age of 37, the happily married and prolifically maternal Elizabeth Macarthur thought her ‘a little ancient for a Miss’, and there was condescension as well as kindness in the family’s decision to address her with the honorary title ‘Mrs’. Eleven years later, Elizabeth Macarthur referred to ‘Mrs’ Lucas as ‘a single lady about my own age who shares all my cares’. Much more than just a governess, Penelope Lucas had become a valued companion to her employer, and virtually a family member.

Hambledon Cottage was Penelope Lucas’s home for nine years, from 1827 until her death in 1836. It was a tasteful and comfortable residence that confirmed her status as a middle-class lady associated both with a high-status colonial family and with the genteel profession of education. Her continued occupancy was ensured by a clause in John Macarthur’s will that gave her lifelong right of residence, and it was she who named the cottage the name ‘Hambledon’.

Always controversial and increasingly erratic, John Macarthur descended into severe mental illness during the final decade of his life. His paranoid delusions included the ideas that his wife was unfaithful and his daughters were stealing from him. In the early 1830s, he banished all the female members of the household from his home. While Elizabeth Macarthur went to stay with a married daughter in Sydney, her two unmarried daughters lived with Mrs Lucas at Hambledon Cottage.

After Macarthur had been declared insane and placed under the care of servants at Belgenny Farm in Camden, his wife was able to return home, and her friendship with Penelope Lucas became one of the most important elements in her daily life. As there was then no kitchen at Hambledon Cottage, every evening ‘Mrs’ Lucas would walk across to Elizabeth Farm to dine and spend the evening with Mrs Macarthur. Upon Penelope’s death, Elizabeth wrote, ‘I shall miss the solace of friendship of so many years’. 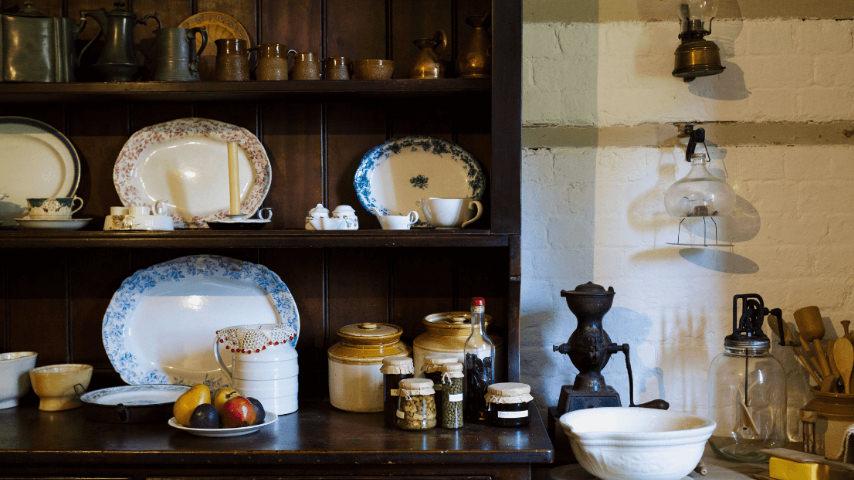 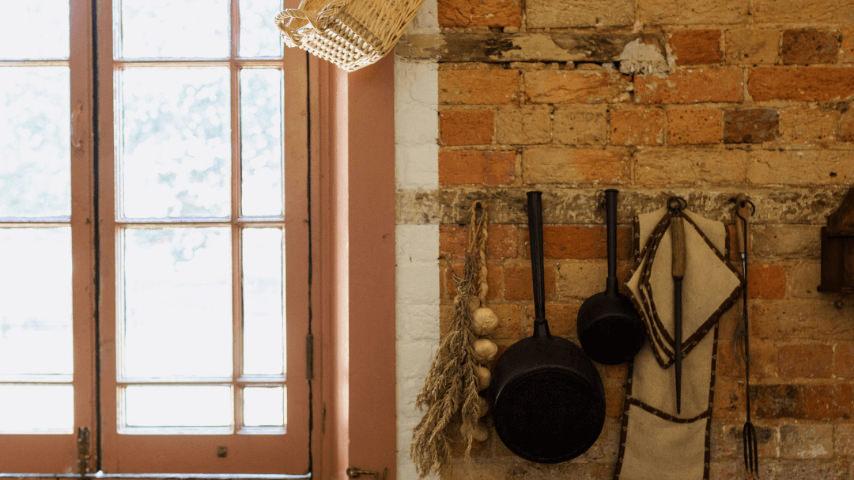 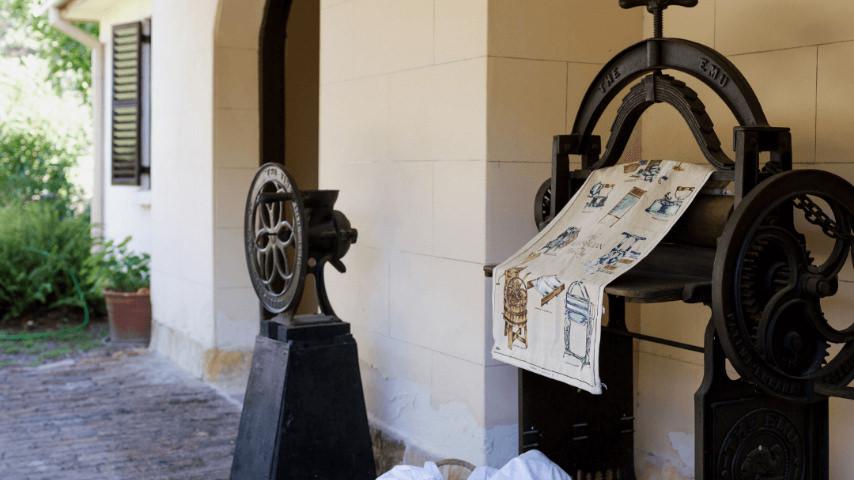 The fate of the cottage

Hambledon Cottage continued to be occupied by various members of the Macarthur household and family until it was sold in 1881. The land was subdivided and the cottage was put on the market again in 1883 with this advertisement:

Being in close proximity to the Parramatta River, almost adjacent to the new tramway from Duck River to Parramatta Park, a few minutes’ walk from the Railway Station, near the Town with all its incidental local advantages, and within easy reach of the wharves, with steamers to Sydney every alternate hour, it will be seen that the advantages enjoyed by this property are as varied as they are numerous.

Although Hambledon Cottage went on to become home to several families, in the mid-twentieth century it was twice threatened with demolition to make room for proposed factories. Community concern and council action averted its destruction, and since 1965 it has been under the care of the Parramatta and District Historical Society.