The City of Parramatta is well on the way to becoming an education capital. The City’s education and training sector is already a $1.2 billion industry. It employed nearly 12,000 workers in 2019-20 and has been one of the fastest growing industries in Parramatta for employment, growing by almost 70 per cent over the last 10 years. More than 25,000 university students are currently enrolled across the City’s campuses.

The City of Parramatta is well on the way to becoming an education capital. The City’s education and training sector is already a $1.2 billion industry. It employed nearly 12,000 workers in 2019-20 and has been one of the fastest growing industries in Parramatta for employment, growing by almost 70 per cent over the last 10 years. More than 25,000 university students are currently enrolled across the City’s campuses.

Sydney University will also establish a brand-new campus at North Parramatta in the Westmead Health Precinct where 25,000 students and 2,500 staff are predicted to work by 2055.

The education focus is not only on the tertiary sector. The NSW Department of Education relocated to Parramatta in 2018, bringing 1,800 jobs into the City and leasing 25,000 square metres of office space in Phillip Street.

Universities working together in Parramatta

In 2021, Council launched the ground-breaking EducateAT Parramatta Alliance, uniting universities that have a presence in Parramatta to advocate for, and attract talent to, the centre of global Sydney.

The alliance has one key goal – to help Parramatta become the best city in Australia for students to study and succeed.

The future is bright

Western Sydney University Vice-Chancellor Barney Glover said of the EducateAT Parramatta Alliance “There is no more vibrant place in Australia to commit an alliance focused on education. Education can be the lifeblood of this city.

“We have a chance to make Parramatta an extraordinary university city. This alliance will help us to do that. It will become a smart city in every sense of the word.

“Under the vision, the university hub could be a stronger economic driver than Western Sydney International Airport and boost the number of local and international students to Parramatta.

“To give you an idea, 65,000 international students are in New York and 90,000 are in London so Sydney’s one of the great international cities for education in the world,’’ he said. 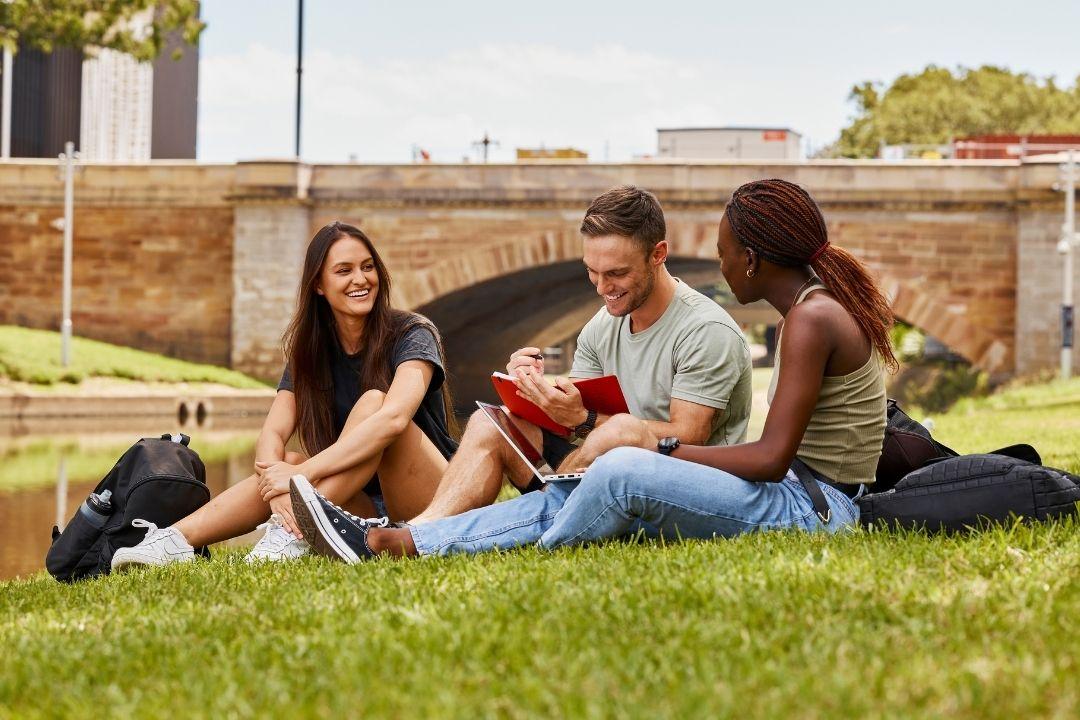 Parramatta has a young, diverse, and highly educated workforce.

Once seen primarily as a manufacturing hub, Parramatta’s job profile is becoming more professional and corporate. In 2016, the most popular occupations held by residents of the City of Parramatta were:

Parramatta is also an employment hub for many other workers who prefer not to travel as far as Sydney’s CBD. Parramatta is within 30 minutes reach for more than two million people across Sydney.

The new and existing educational facilities in Parramatta will attract more young talent and create employment opportunities for lecturers and researchers.

In 2019, international students contributed an estimated $40.3 billion to the Australian economy and International education supported about 250,000 jobs.

Then came the COVID pandemic, and border closures reduced enrolments by up to 70% in some parts of the higher education sector.

The good news is that the sector will slowly recover, and Parramatta is well placed to attract international students. Overseas students seek high-quality, relevant curriculum and credentials that will meet their career plans. And while studying, they seek social connections that help them with local education and employment systems.

To encourage international students to return the Federal Australian government recently announced incentives for foreign students. The goal is to help overcome labour shortages and stimulate market growth. Incentives include visa fee rebates and relaxed restrictions on allowable working hours. These measures and others are aimed at recovery in the international student market, while filling gaps in the workforce.

Feeding into the many tertiary education options, are an array of choices for primary and secondary schools in the Parramatta area.

The culturally-rich Parramatta Public School accepts 97 per cent of enrolments from non-English language backgrounds. This is reflective of the area’s highly-educated parents who are keen to give their children quality learning experiences and a promising future.

Public high schools are also innovating with the new high-rise, vertical campus for Arthur Phillip High School in the heart of the Parramatta CBD, which opened in 2020.

Parramatta has a strong culture of education, research and development, and a bright future. Australia’s largest concentration of health, education and research facilities will continue to expand with significant investment planned in the education sector in the next 10 years making Parramatta a true education capital.

Nestled at the end of the Church Street restaurant precinct, Parramatta Riverside Theatres is well-located. Its multimillion dollar redevelopment redefines Parramatta as an arts and culture precinct alongside the new Powerhouse Precinct and museum.

The Powerhouse Precinct and Museum

A new Museum of Arts and Applied Sciences will open on the river foreshore in Parramatta in 2025 as the new centre of arts, culture and innovation. It includes the newly relocated museum and a revamped Riverside Theatres.

Parramatta’s night time economy is an integral part of our City’s economy, social and cultural future. As our night time economy grows, our vision is to foster a 24-hour centre that is safe, diverse and vibrant. Parramatta provides great experiences and welcomes everyone.