How has the Metropolis of Three Cities plan helped Parramatta?

In 2018, the NSW Government’s independent planning body, the Greater Sydney Commission, released a 40-year vision for Sydney that envisages a metropolis of three cities. Parramatta has a key role to play in this vision, with the City of Parramatta at the core of the Central River City.

In 2018, the NSW Government’s independent planning body, the Greater Sydney Commission, released a 40-year vision for Sydney that envisages a metropolis of three cities.

Called the Greater Sydney Region Plan (GSRP), it includes the three cities – Eastern Harbour City, Central River City and Western Parkland City. It aims to have most residents live within 30 minutes of their jobs, education and health facilities and services.

The GSRP focuses on planning in Greater Sydney to address population growth, demographic change and improving liveability. This is particularly important as Sydney’s population is forecast to rise from 4.8 million to 6.2 million over the next 20 years, and almost double to eight million by 2056.

This plan for Greater Sydney has already provided some of the impetus for the growing list of transformational projects in the City of Parramatta including Parramatta Square, transport infrastructure, commercial development, and the new Museum of Arts and Applied Sciences (MAAS), just to name a few.

The transformation of Parramatta Square which is now complete is a significant project in Parramatta’s CBD. The precinct was singled out as a key part of the future development of Sydney under the plans put together by the Greater Sydney Commission.

Parramatta Square is a $2.8 billion project, led by Walker Corporation which broke ground in 2017. The purpose-built area is home to six new state-of-the-art buildings, a refurbished Town Hall and extensive community space. 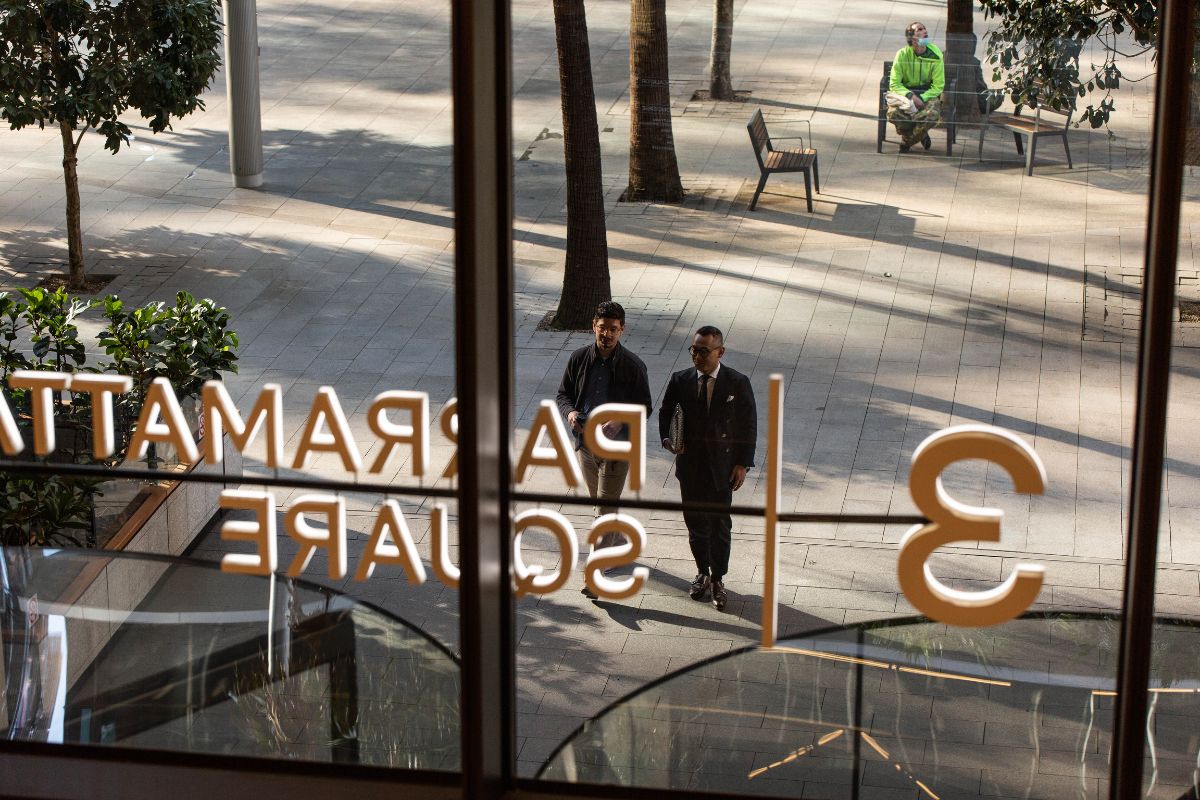 The site is bounded by Church Street Mall, Macquarie, Smith and Darcy Streets and plays several roles in the community. It is an outdoor space for city residents, a place for office workers to mingle and enjoy lunch, a forecourt and public space for students, a community gathering space, and a dynamic entertainment area for events and festivals.

Major tenants in the four commercial towers include National Australia Bank, the NSW Government, and multiple government agencies including 5,000 employees within the departments of Planning, Industry & Environment and Finance, Services & Innovation.

1 Parramatta Square, also known as 1PSQ, houses the $220 million Parramatta city campus for Western Sydney University which opened in 2017. It’s home to 10,000 students from the School of Business. It is designed to promote close relationships with the business community and has allowed the University to expand and leverage its research expertise.

A key part of the Parramatta Square development is its transport connections. Located close to the Square is the Parramatta Transport Interchange which was recently upgraded and brings train and bus connections under one roof. This will link with the future Parramatta Light Rail and Metro West just a short walk away, giving a seamless travel experience for commuters.

The Parramatta Light Rail, due to open in 2023, will connect Westmead to Carlingford via the Parramatta CBD and Camellia with a two-way track spanning 12 kilometres. It will transform the way workers move around the Parramatta area. It will link Parramatta’s CBD and train station to:

The impetus provided by the Greater Sydney Region Plan (GSRP), has also led to investment in commercial development in Parramatta, particularly the CBD.

Over recent years Parramatta has become one of Australia’s most sought after office markets, beating out other big city centres.

Parramatta’s commercial office market holds a prime A-grade vacancy rate of just 0.4. This level of demand for commercial office space is unprecedented. Parramatta is expected to surpass North Sydney as the third-largest office market in Sydney, with 1 million square metres within a few years. Despite its increased popularity, Parramatta remains an affordable location, with the market rate of office space sitting at almost 50 per cent of that of the Eastern CBD. 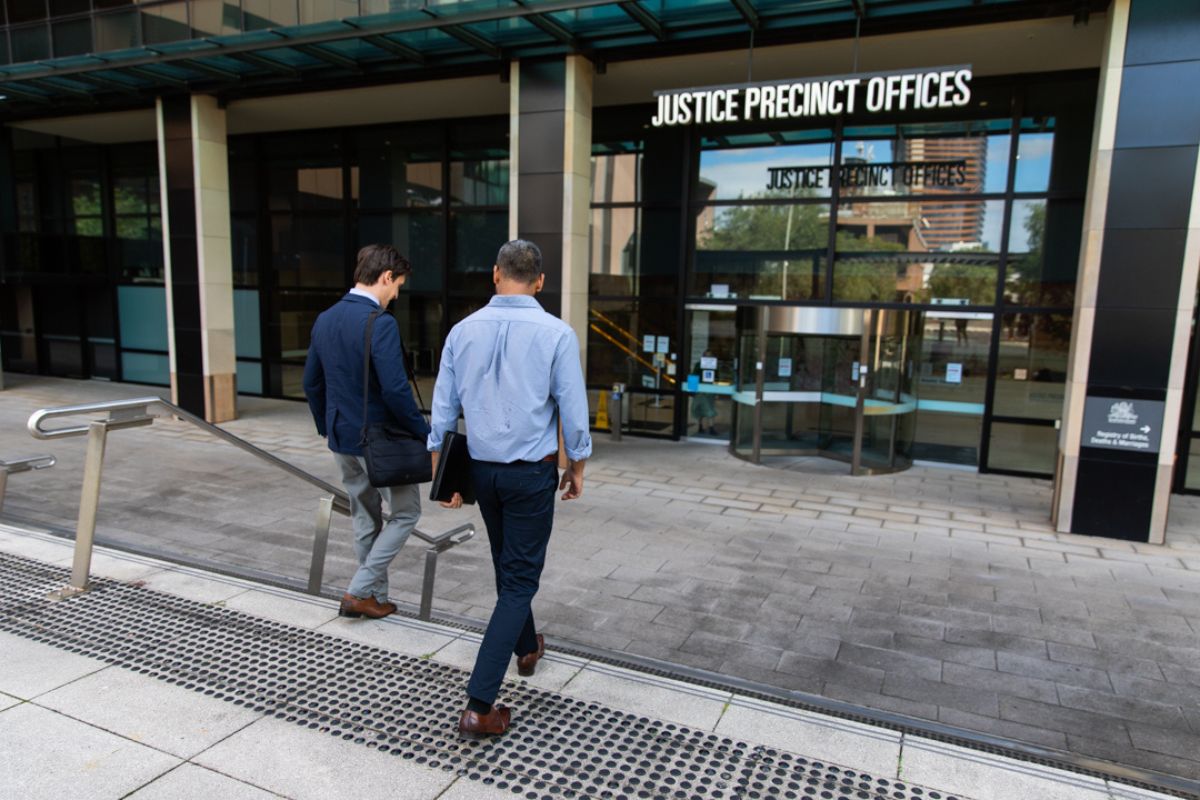 The Parramatta Square development is an example of commercial investment but there are also many others in either planning, construction or recently completed stages including:

Arts and culture are also an important part of the development of the Central River City.

Parramatta’s new Museum of Arts and Applied Sciences (MAAS) will open on the river foreshore in 2024 as the new centre of arts, culture and innovation. The precinct includes the newly relocated museum and the revamped Riverside Theatres.

When complete, it will be the first NSW State Cultural Institution to be based in Western Sydney and is the largest cultural infrastructure project in NSW since the Sydney Opera House which took 14 years to build, opening in 1973.

To be known as MAAS, it will also be the largest museum in NSW at 30,000 square metres. More than half of the new museum will house the exhibitions and education programs, sharing more of the Powerhouse Collection than has ever been seen before. The state-of-the-art exhibition halls will host international travelling exhibitions, bringing the very best of the world to Parramatta.

Economic modelling shows that by 2028 the new cultural precinct will grow the local economy worth between $106 million and $422 million. Once the museum is open, local jobs are expected to increase by between 150 and 600 new full-time equivalent jobs.