Parramatta’s two cathedrals, St John’s and St Patrick’s, are among the oldest and most historically significant churches on Australian soil.

The twin-towered sandstone structure of St John’s has been a Parramatta landmark for 200 years. Standing in the very heart of the commercial and civic district, it’s a community meeting point as well as a place of worship. Both the history and the material fabric of the church are closely tied to a number of major figures in the development of New South Wales as a colony.

According to the NSW State Heritage Register, St John’s is ‘the oldest church site and continuous place of Christian worship in Australia’. In 1797 or 1798 Governor Hunter laid the foundation stone for a parish church here, and an official Return of Public Works records that by September 1800 ‘an elegant church’ had been erected. Yet it was incomplete: when Governor King took office that month, he noted that the church was still in the process of being roofed. It was not until April 1803 that the first service was held there, with the Reverend Samuel Marsden presiding.

The construction of the church was highly significant both for the town and for the colony as a whole. Governor King had already declared St John’s Parramatta a parish in 1802, making it one of the two oldest Christian parishes in Australia. The parish church opened here in 1803 was the first permanent church building in Australia and quickly became a focal point for the Parramatta community.

Structural problems with the building, largely due to the swampy land on which it was sited, became apparent as early as 1807. When Governor Macquarie ordered repairs and improvements to be carried out between 1817 and 1819, Mrs Macquarie was actively involved in the choice of a ‘Gothick’ style for two new towers modelled on those of a ruined 12th-century church in Kent, England. She gleefully referred to the resulting structure as ‘my Westminster Abbey!’ although it was Lieutenant John Watts who actually drew up the designs – and convicts, of course, who did the building work.

Storm damage, structural problems and other damage due to neglect led to the decision in 1852 to replace the entire building, retaining only the towers from the Macquarie era.

St John’s parish church became a cathedral in 1969 when the first Bishop of Parramatta was appointed. Today, services are held there in four languages – English, Mandarin, Cantonese and Farsi – testimony to the multicultural nature of the Parramatta community. The church grounds are open to the public and are a popular place for picnics. 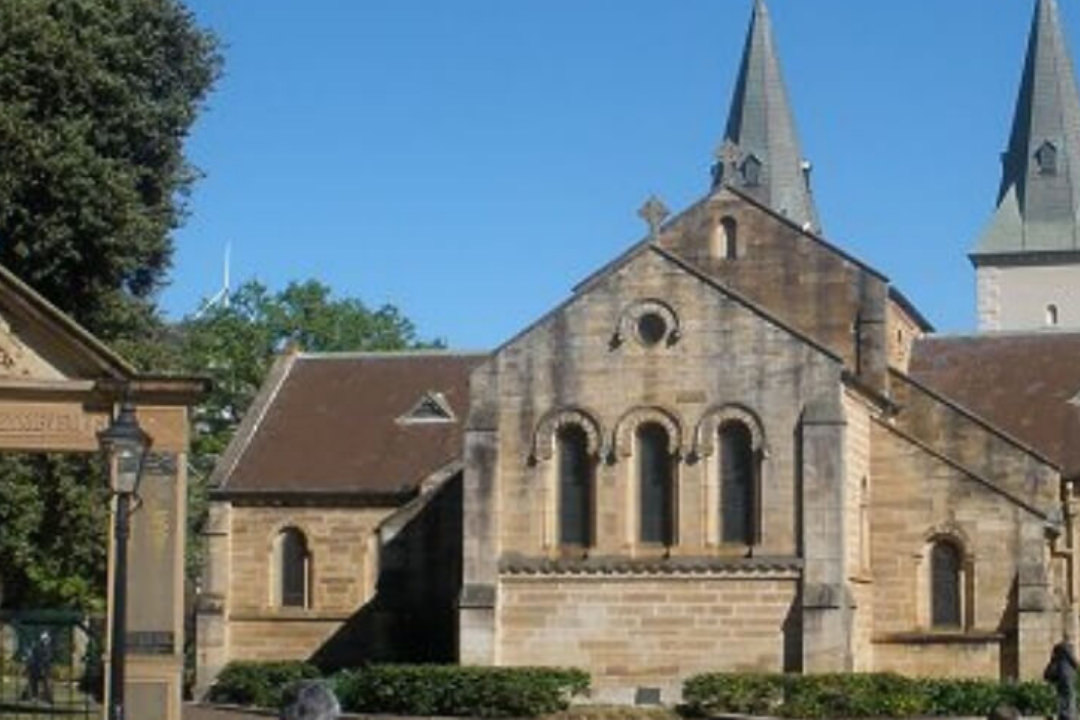 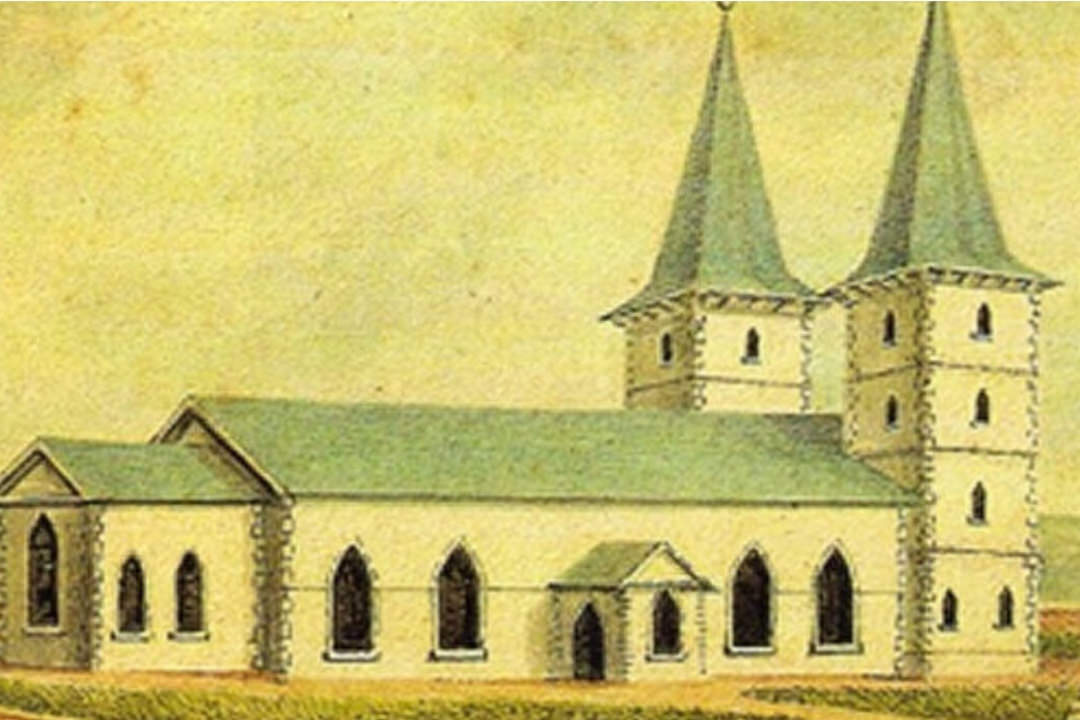 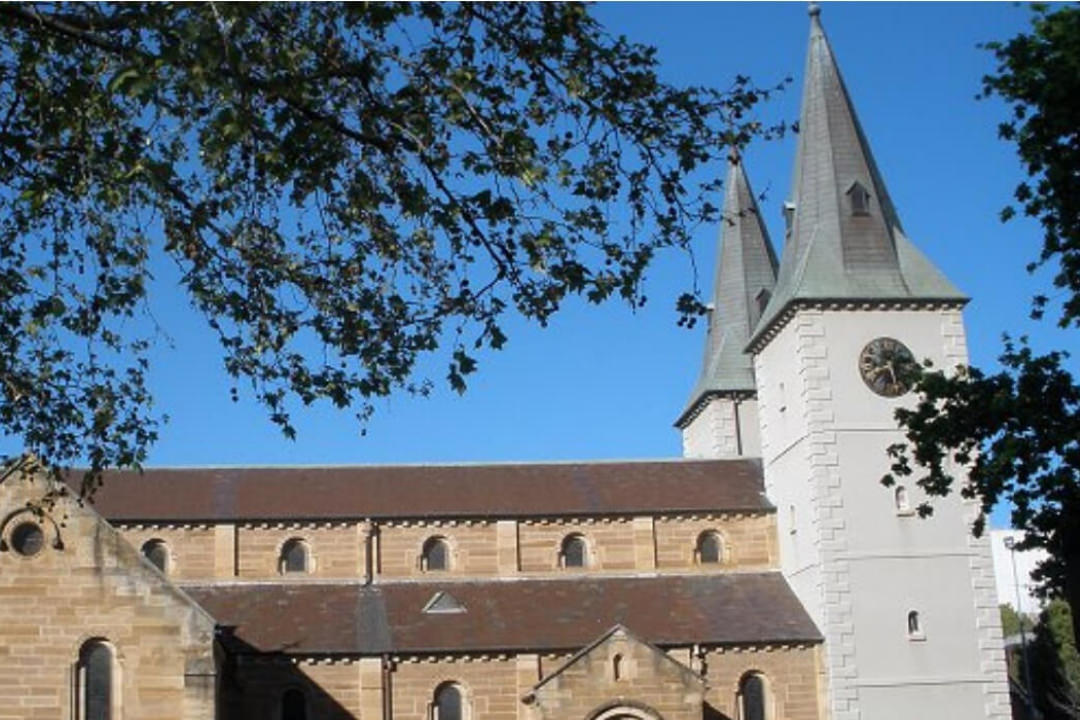 The history of Parramatta’s Roman Catholic Cathedral in some way mirrors, in other ways diverges from, that of the Anglican Cathedral.

Like St John’s, St Patrick’s started out as a parish church and was originally established in the early colonial period – although, given the dominance of the Anglican establishment in New South Wales, it took longer for land to be granted for a Catholic church than for a Protestant church in Parramatta. Consequently St Patrick’s was a generation younger than St John’s, opening for worship in the 1830s rather than the early 1800s.

In the period 1878-1883 a tower and spire were added to St Patrick’s, and these were the only intact architectural features of the older building that were retained when the church was rebuilt in the 1930s to accommodate its burgeoning congregation. Nevertheless, the 1930s church re-used stone and other materials from its 1850s predecessor, so that the two buildings were similar in appearance.

In 1986, St Patrick’s became a Cathedral when the Roman Catholic Diocese of Parramatta was formed. However disaster struck just ten years later, when much of the building was destroyed by fire. Rebuilding proceeded swiftly, with the project assigned in 1997 to architect Romaldo Giurgola, the creator of the new Australian Parliament House in Canberra.

Giurgola’s design for St Patrick’s produced an award-winning piece of public architecture in which surviving portions of the old building remain alongside an extremely modern new structure. Sculptures in stone, wood and metal create interior interest and help to unify the various parts of the building. Dedicated in 2003, the new St Patrick’s Cathedral is a peaceful, light-filled place that is a joy to visit. 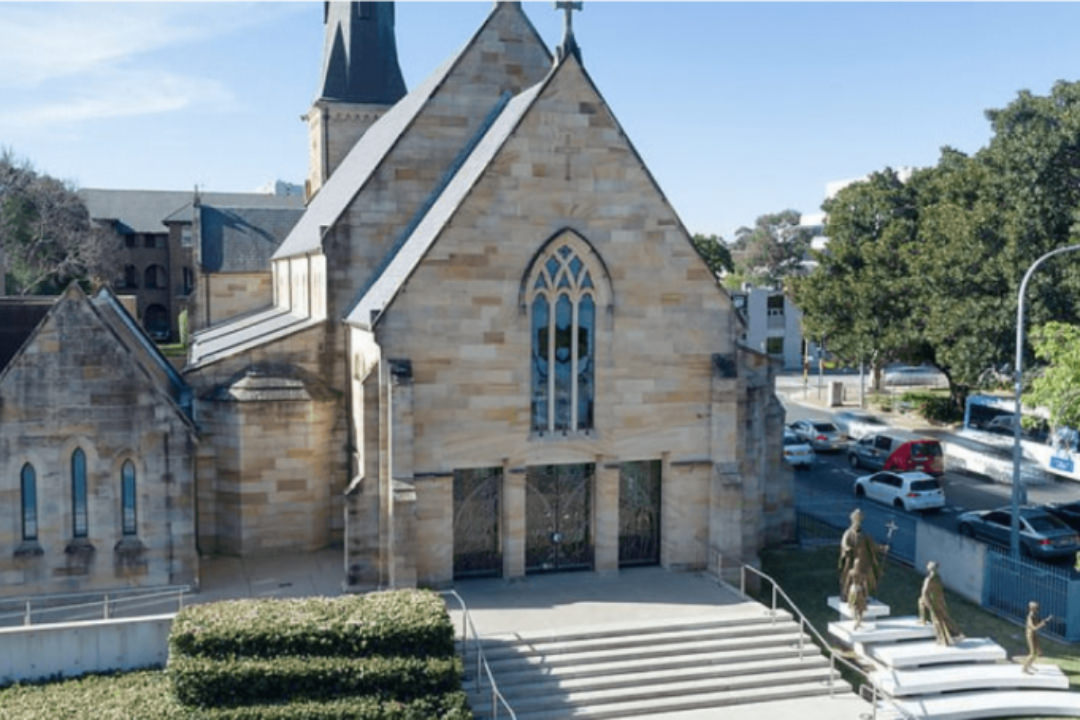 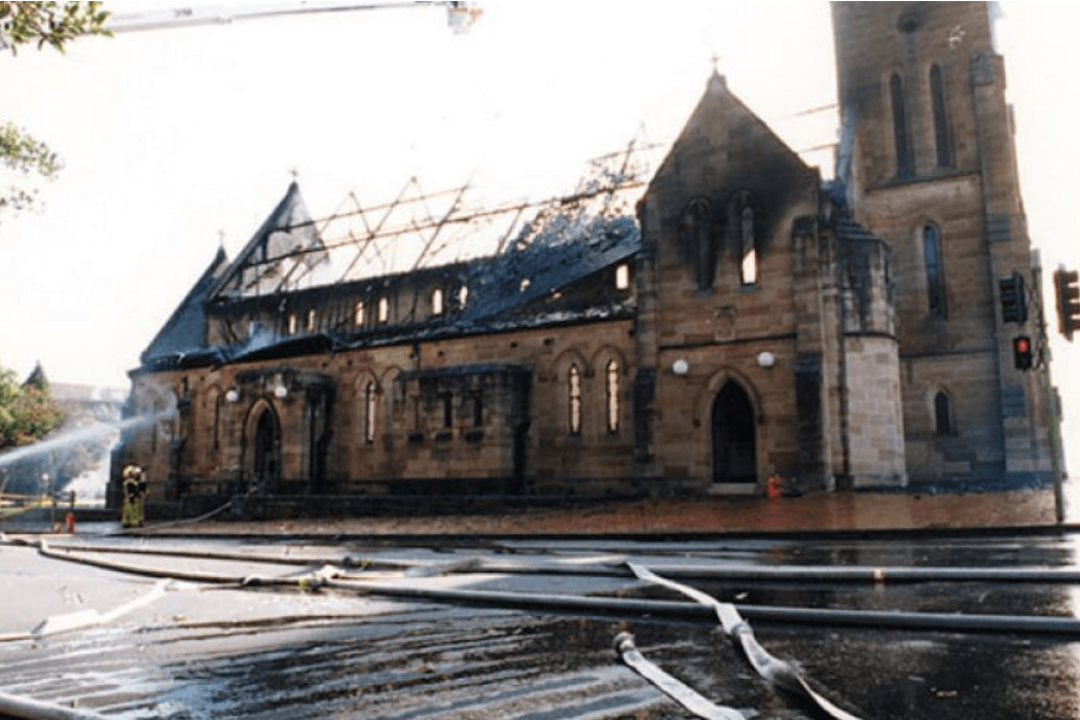 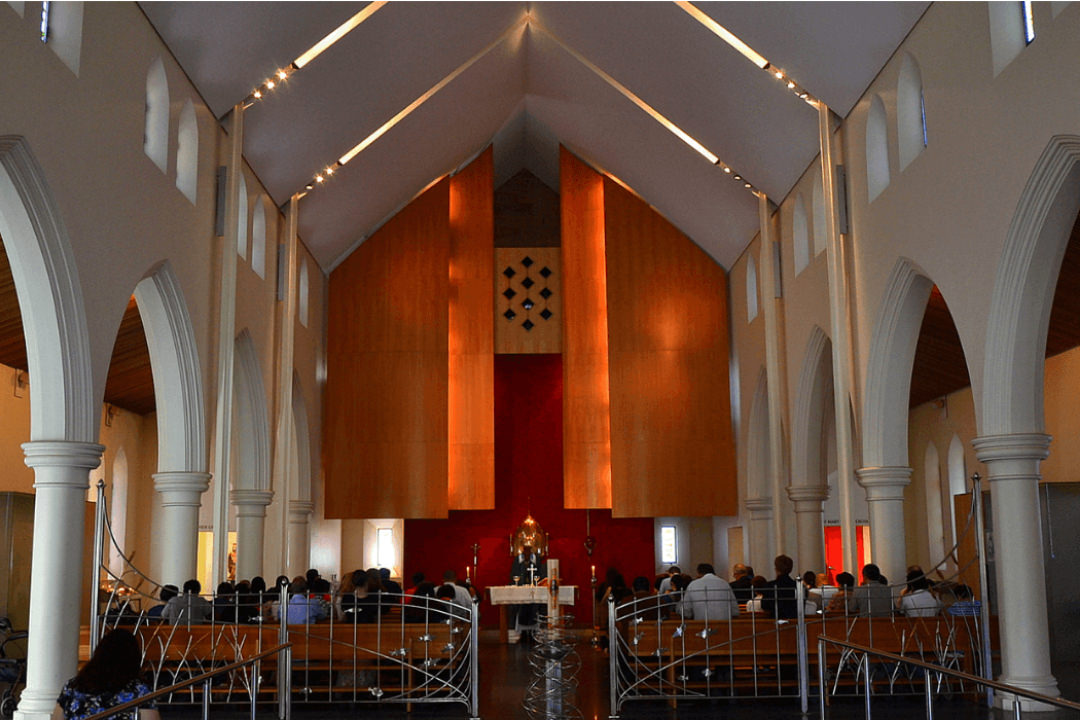 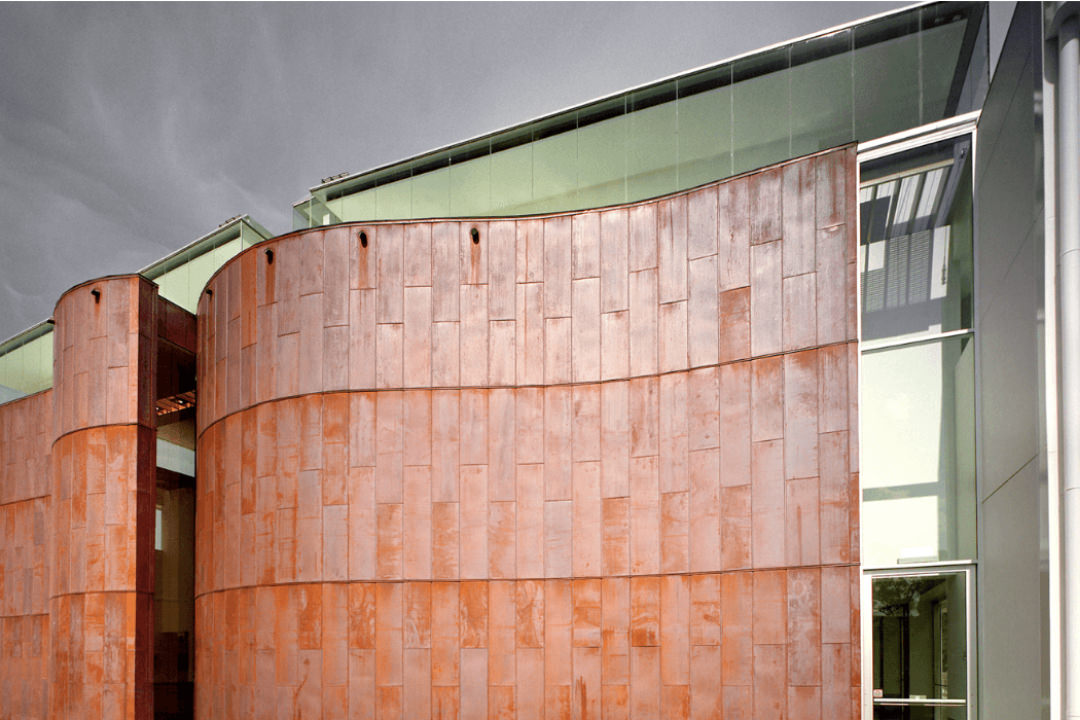 As the second oldest city in Australia, Parramatta’s history runs deep. Take a walk through the well-preserved historic sites and step back in time through the pre-settlement and early colonial years of the nation.
Discover,
History and Heritage,
Historical Places

Discover some of the significant pieces of Australian history housed in Parramatta.