In the heart of the Parramatta central business district, on the edge of Centenary Square, stands an impressive salmon-coloured structure proudly bearing the words ‘Town Hall’.

In the heart of the Parramatta central business district, on the edge of Centenary Square, stands an impressive salmon-coloured structure proudly bearing the words ‘Town Hall’. Intimately connected to Parramatta’s history as a municipality and a city, the story of this building also reveals the changing values and aspirations of the community from the late nineteenth century to the present.

The Building of the Town Hall

When it became incorporated as a municipality in 1861 Parramatta had for the first time its own Council and Mayor, but no building where they could meet to discuss and conduct their business. Over the next twenty years, the Council occupied a series of rented premises, while demands increased for a dedicated town hall.

It was not only for council business that Parramatta needed such a building. In 1870 Mayor John Good pointed out that town life was stagnating because there were no suitable public premises for community meetings, concerts and other recreational activities. Eight years later Mayor Charles Byrnes brought the need for council offices and a town hall in Parramatta before the New South Wales Parliament, with the result that the Parramatta Town Hall Act was passed in 1879.

This legislation allowed the Council to take over a parcel of land near the corner of Church and Macquarie Streets, which had been used as a market since 1813. It was a historically significant location that had been earmarked for public use by Governor Philip in his 1792 plan for Parramatta. In the early years of settlement it was also the site used for the Aboriginal and European Meeting Day or Annual Feast of Aboriginal tribes, which was inaugurated by Governor Macquarie in 1814 and continued until the 1830s.

Parramatta’s new municipal buildings were completed in two stages, with the practical need for council chambers coming before the more ceremonial desire for a town hall. The foundation stone for the council chambers was laid in November 1879 and the building was opened in August 1881. In September 1882 the foundation stone for the Town Hall was laid, and this second building was completed less than a year later in August 1883. 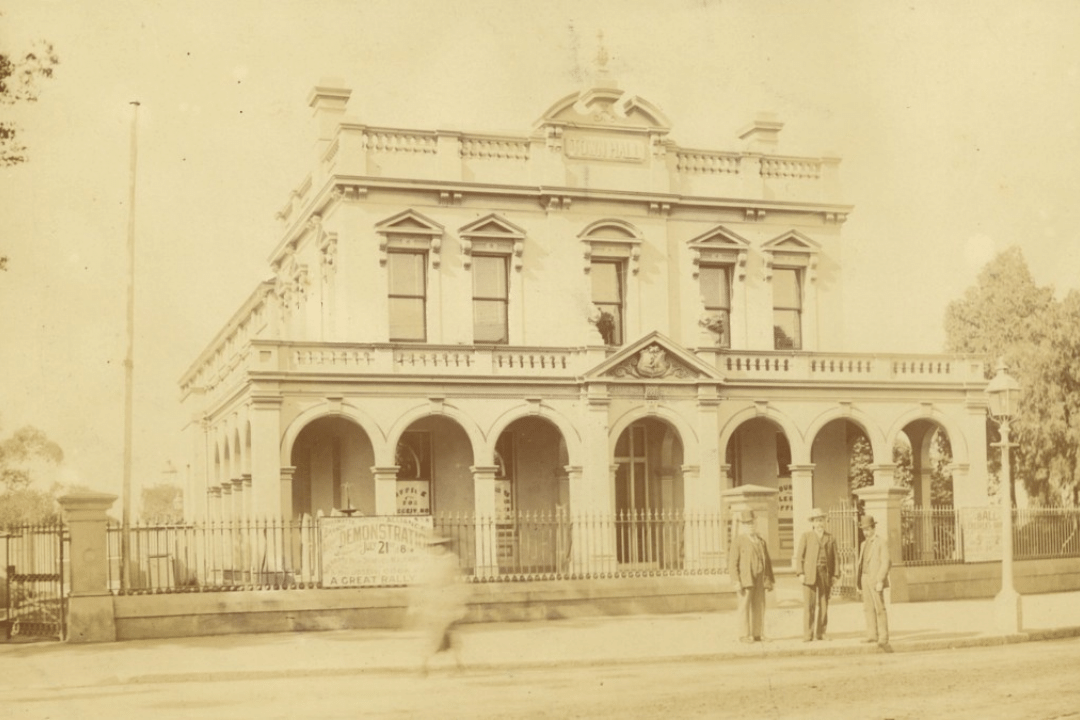 The Architectural Style of the Town Hall

Parramatta Town Hall was built in an architectural style known as ‘Victorian Free Classical’, which was used throughout Australia for many civic buildings as well as banks and theatres in the second half of the nineteenth century. With an emphasis on the word ‘free’, the style was essentially a mash-up of architectural motifs from different European countries and historical periods. A building in this mode might recreate effects from an English country house, a French chateau and an Italian church, all mixed together. 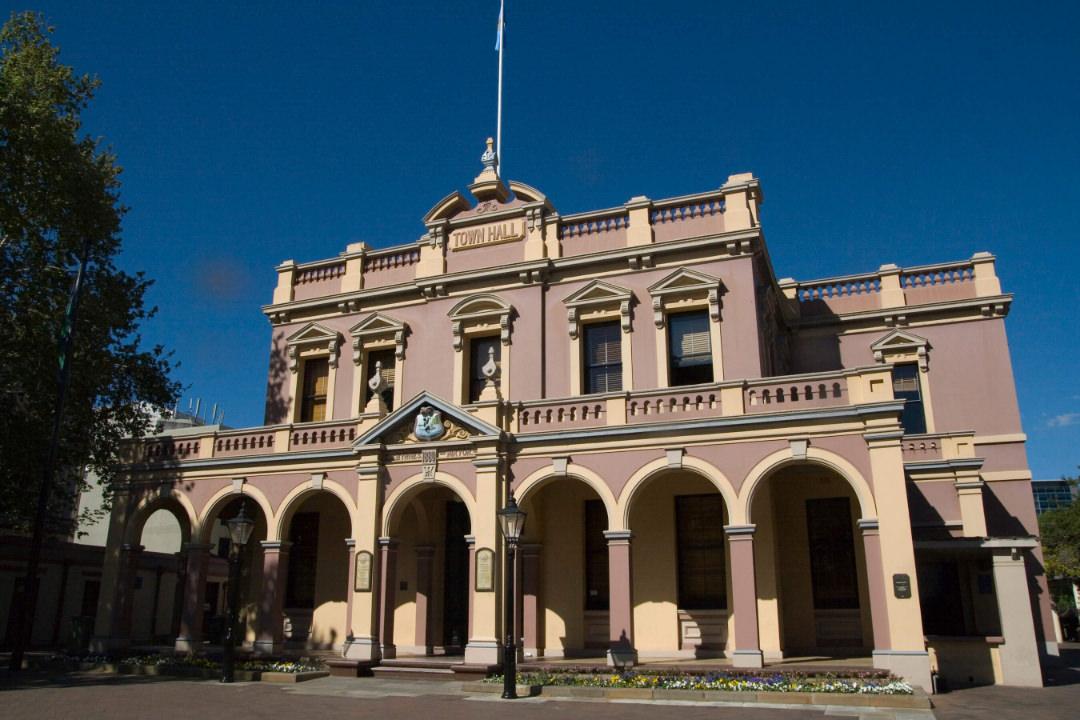 The Uses of the Town Hall

This first public use of the Town Hall on 5 September 1883, epitomised the aims of its construction, as the building was used to stage a community event that also revealed the municipality’s aspiration to be a place of fashion and high culture.

Hosting everything from the Jubilee commemoration in 1911, civic fundraisers, the 1938 sesquicentenary of European settlement, and an event in 1955 expressing a significant move towards the new city’s multicultural destiny. These days, Parramatta Town Hall has a multitude of municipal and community uses. Civic receptions, flag raising ceremonies, bridal expos and festival performances are among the many kinds of events that now take place here.

As the second oldest city in Australia, Parramatta’s history runs deep. Take a walk through the well-preserved historic sites and step back in time through the pre-settlement and early colonial years of the nation.

The Visitor Services team offers a wealth of information to help you to plan your visit in and around the City of Parramatta and run school holiday programs and education activities.