Walkability is recognised around the world as one of the key aspects that makes a city liveable. Walkability is defined as being able to walk to shops, transport, work and other amenities and is intrinsically linked to positive health outcomes. However, it is well recognised that people will only choose to walk when the walk is useful, safe, comfortable and interesting.

As well as the practical aspects, walkability is also a measure of how pleasant and attractive an area is to walk.

Walkability is recognised around the world as one of the key aspects that makes a city liveable. Walkability is defined as being able to walk to shops, transport, work and other amenities and is intrinsically linked to positive health outcomes. However, it is well recognised that people will only choose to walk when the walk is useful, safe, comfortable and interesting.

As well as the practical aspects, walkability is also a measure of how pleasant and attractive an area is to walk.

The City of Parramatta recognises the importance of walkability and is seeking to create a safe, comfortable and interesting City for people to get active and connected. In 2017, Council launched the Parramatta Ways Walking Strategy which covers the LGA, and the Parramatta CBD Pedestrian Strategy.

The Parramatta Ways Walking Strategy is a long-term plan that will provide a network of high-quality walking routes through the LGA’s streets, open space and river corridors. Through public exhibition and engagement, the Parramatta community provided strong feedback and support for the project, its targets and objectives. Parramatta Ways aims to bring more life to the streets, creating a green, active and walkable city.

The Strategy recognised that to make walking attractive “we need to create a network that is safe, comfortable and interesting. To achieve this, the strategy requires a multi-layered and co-ordinated approach to walking infrastructure delivery.”

The Parramatta CBD Pedestrian Strategy also released in 2017 aims to make walking more attractive and accessible in the Parramatta CBD. This “will encourage all residents, workers, students, shoppers, and visitors to make safe, accessible and simple pedestrian journeys to jobs, to schools, as well as to recreational, cultural, and retail districts.”

US-based Walk Score ranks Parramatta on its website with a score of 81 which is classified as ‘Very Walkable - Most errands can be accomplished on foot’. Walk Score measures the walkability of any suburb or city by analysing hundreds of walking routes to nearby amenities. Points are awarded based on the distance to amenities in each category and amenities within a five-minute walk are given maximum points.

Walk Score also measures pedestrian friendliness by analysing population density and road metrics such as block length and intersection density. Walk Score's mission is to promote walkable neighbourhoods, as one of the simplest and best solutions for the environment, health, and economy. 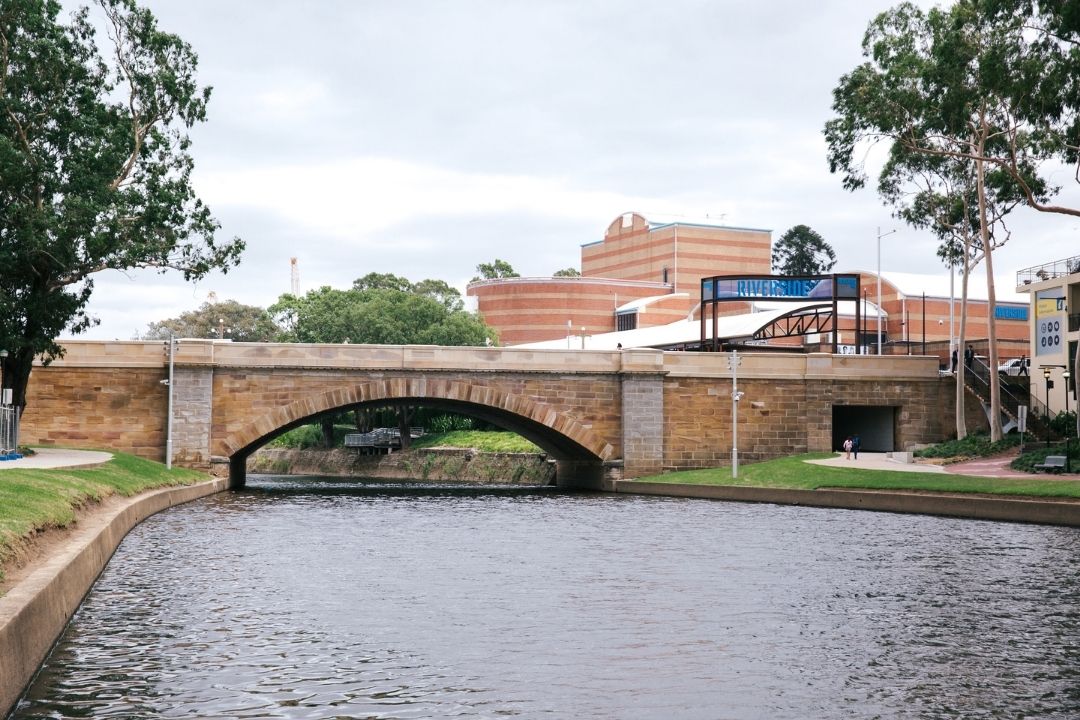 What makes a city walkable?

Many things contribute to the walkability of a city including places to live, work, eat, shop, and learn. And also access to active transport corridors, public transport links, as well as open spaces to exercise and relax.

Parramatta’s population is forecast to grow approximately three per cent per year. The City’s population forecast for 2022 is 287,289 and is estimated to grow to 487,731 by 2041. This increase in residents will bring economic growth as many of those people will seek work in Parramatta or set up their own new businesses, and walkability is an important part of this growth.

In the recent ABS census taken in 2021, high-rise living numbers were included for the first time, and the Parramatta LGA had more than 30,000 people living in high rises.

As Parramatta’s population grows, the demand for quality open space will increase to meet the needs of the community. Increasing density and a trend towards more apartment living increases pressure on existing public open spaces, particularly as private open space is reduced. As a result, both access to and the quality of Council’s open space will play a critical role.

Parramatta has a dynamic and diverse workforce with a pool of two million people within a 30-minute commute. The area currently represents five per cent of NSW’s Gross State Product and is set to continue to grow.

Over recent years Parramatta has become one of Australia’s most sought-after office markets, beating out other big city centres. It’s all part of the transformation of Australia’s oldest inland city into Sydney’s Central River City.

In the coming two decades, it’s forecast an additional 420,000 people will move to the region between Parramatta and Sydney, and more than 300,000 jobs will be created in the corridor by 2036.

Plenty of places to eat and shop

With more people living in the Parramatta CBD and increasing numbers of workers in Parramatta, comes a growth in dining and retail options for breaks during the working day but also after work, that are walkable.

Parramatta’s Eat Street area on Church Street has long been recognised as a restaurant hub with many cafes and restaurants serving breakfast, lunch and dinner to the residents, visitors and office and retail workers in Parramatta. Alongside Eat Street there are other precincts like Parramatta Square.

Sydney University will also establish a brand-new campus at North Parramatta in the Westmead Health Precinct where 25,000 students and 2,500 staff are predicted to work by 2055.

The education focus is not only on the tertiary sector. The NSW Department of Education relocated to Parramatta in 2018, bringing 1,800 jobs into the City and leasing 25,000 square metres of office space in Phillip Street.

A key to any walking plans is sustainable transport options such as walking and cycling. Walking will help overcome the area’s geographic dispersion while improving health, increasing equity through increased low-cost travel options, reducing congestion, heat from car exhausts and carbon emissions.

The City of Parramatta is already working towards active transport infrastructure, and alongside the Parramatta Ways Walking Strategy, the Parramatta Bike Plan was also released in 2017.

Allowing workers and residents to move around the City of Parramatta, and to travel to and from the area is paramount to a walkable city.

The new transport modes are complemented by the existing services. The Parramatta Transport Interchange was recently upgraded and brings train and bus connections under one roof. This links with the future Parramatta Light Rail and Metro West just a short walk away, giving a seamless travel experience for commuters and other visitors.

Parramatta has many great destinations such as parks, natural bushland and heritage sites that provide good reasons to walk.

The Parramatta Ways Walking Strategy and other development plans are an important part of making Parramatta Australia's next great city. As Parramatta takes its place as a global city at the centre of Sydney, it will help ensure the City meets the expectations of both current and future residents, workers and visitors.