Parramatta: A Mosaic of Ideas, Storytelling and Culture

Parramatta is an ideal location for SBS to relocate to as it brings together a fascinating mosaic of ideas, culture, stories and identities that offer opportunities for all.

The Special Broadcasting Service (SBS) has been granted $1 million by the Albanese government to undertake a feasibility study to consider a move to Western Sydney. In a recent council meeting, Parramatta’s Lord Mayor Donna Davis called on SBS to move its headquarters from its current Artarmon home, into Sydney’s second city.

Lord Mayor Davis said that she believes Parramatta is an ideal location for SBS because it brings together a fascinating mosaic of ideas, culture, stories and identities that offer opportunities for all.

At a recent business event to launch Parramatta’s advocacy campaign, former Director of News at the ABC, Gaven Morris (now with Bastion) said that when he was at the ABC and they began speaking about moving “a good chunk of the ABC to Parramatta and into Western Sydney [it] was totally crucial in changing the way that Australia is reflected back to itself.

“To me, it's untenable these days. You can have any of the media really, but certainly, the national broadcasters located in small parts of our inner cities, increasingly a long way away from where the genuine contemporary culture of Australia is rising,” said Morris.

Parramatta’s growth is driven by many sectors, including arts and culture, education, technology and more. 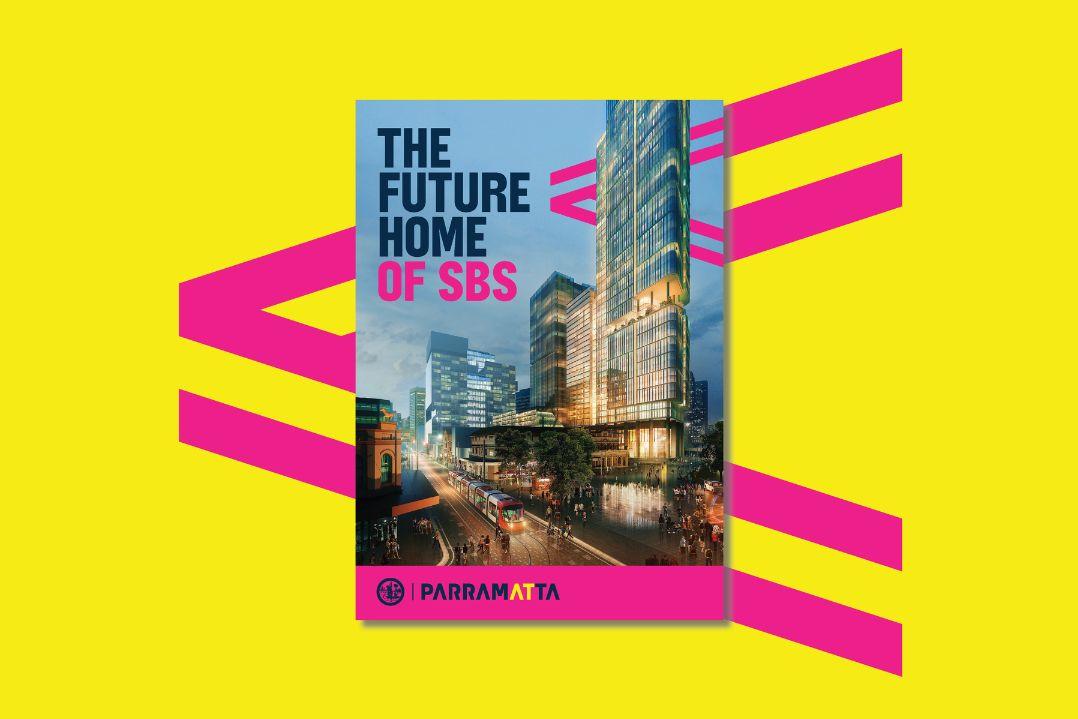 The Generation of Ideas

For 60,000 years Parramatta has been a place of exchange, commerce and innovation, and will continue this role well into the future. As the oldest inland European settlement in Australia, built on the land of the Burramattagal people, a clan of the Dharug, Parramatta's heritage sites are an important part of Australia’s history. Here, stories from all corners of Australia have been told for generations and will continue to be told for generations to come.

SBS will have access to some of the nation’s best-emerging thinkers with five universities located in Parramatta. The education sector employs more than 11,500 people with over 25,000 university students enrolled across the campuses.

SBS will also be in good company in Parramatta, with more world-leading companies moving to this global business hub with a highly talented and educated workforce waiting on their doorstep. More than 30% of Australia’s top 500 companies have offices in Parramatta.

Speaking at the launch event, Helal Shmeissem, CEO, Film & Television Agency said he believes that the people of Parramatta and Western Sydney are the unique selling point. “The talent, resources that are coming from further out west, we found….is much more vibrant and it's nicer to see people that have the skill, not so much on paper, but actually in people that come out from diverse regions that typically won't travel to town.” 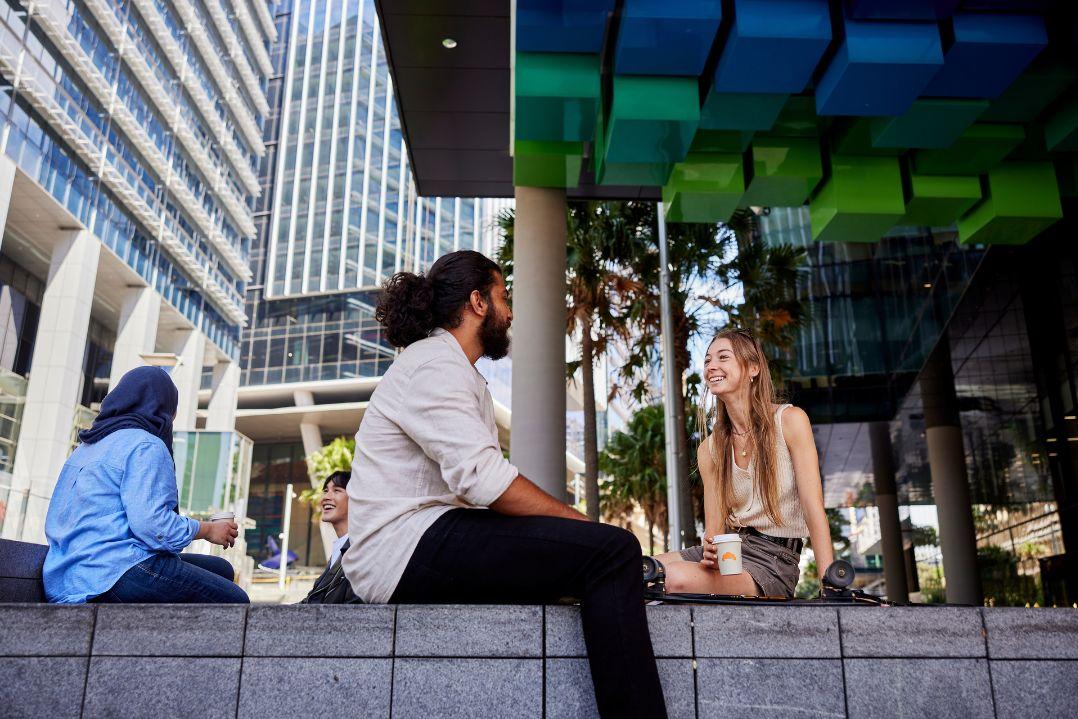 A Rich Canvas of Storytelling

As the oldest inland European settlement, built on the land of the Burramattagal people, stories from all corners of Australia have been told for generations and will be passed down for generations to come.

“The Powerhouse Museum, the revitalisation of the Riverside theatres, the new Parramatta Artist Studios in Granville, and the renewal of the Parramatta North Heritage Area offers a rich canvas to storytelling about our past and future,” said Councillor Davis at the event.

Gaven Morris also believes that the media is focused on storytelling. “The most important thing is that we in Australia stop to tell the stories of contemporary Australia... The media organisations [need] to start to look at all of these great centres in Western Sydney and start to build these content ecosystems where those stories can be much more genuinely reflected back both to the people who live here, but much more importantly to the people who need to understand more about what contemporary Australia is.

“The problem is what ends up happening is the stories of Western Sydney become stories of crime and courts and disadvantage because the people that work for these media organisations don't understand suburban Australia and don't understand the broader cross-section of our community,” said Morris.

Part of Parramatta’s unmatched growth is the expansion of its cultural core, with the new Powerhouse Museum, revitalisation of the Riverside Theatres, and renewal of the Parramatta North Heritage area which will boost economic growth.

Parramatta’s new Museum of Arts and Applied Sciences (MAAS) will open on the river foreshore in 2024 as the new centre of arts, culture and innovation. The precinct includes the newly relocated museum and the revamped Riverside Theatres.

When complete, it will be the first NSW State Cultural Institution to be based in Western Sydney and is the largest cultural infrastructure project in NSW since the Sydney Opera House which took 14 years to build, opening in 1973.

To be known as MAAS, it will also be the largest museum in NSW at 30,000 square metres. More than half of the new museum will house the exhibitions and education programs, sharing more of the Powerhouse Collection than has ever been seen before. The state-of-the-art exhibition halls will host international travelling exhibitions, bringing the very best of the world to Parramatta.

Mark Wilsdon, Chief Operating Officer of the Powerhouse Museum said at the launch event that the new museum will bring energy to Parramatta. “I think the energy and the youth and the diversity that is here… I think that there's a true grounded feeling in the youth and in the excitement that's building here. And I think that's where the creativity is coming from, and we want to be close to that. And I think that would be beneficial as well for a broadcaster, especially of the SBS type.”

As well, Parramatta’s new PHIVE community, cultural and city hub and Civic Link will transform the way people connect, play and gather in the CBD, reimagining public space now and in the future.

Parramatta is a city of big thinkers, full of ambition, creating world-class centres of excellence in education, health, research and innovation. SBS would fit right in alongside this abundance of like-minded people. 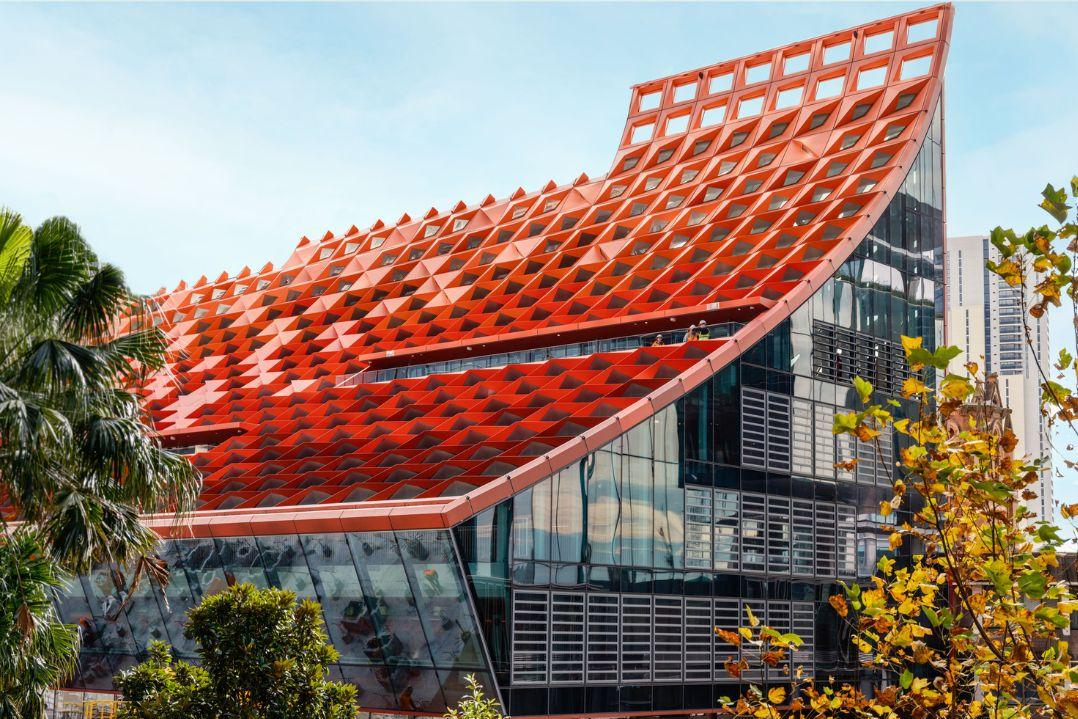