One of the highlights of the recent 'Boomtown! Dinner and Summit' held at Sydney Olympic Park is the quality of life that residents, workers and visitors of Parramatta and Greater Western Sydney enjoy.

One of the highlights of the recent Boomtown! Dinner and Summit held at Sydney Olympic Park is the quality of life that residents, workers and visitors of Parramatta and Greater Western Sydney enjoy. This is in part due to infrastructure improvements, unprecedented development, but also smaller things like local amenities, and a focus on sustainability.

Premier of NSW, Dominic Perrottet spoke at the Boomtown 2022 Summit and spoke about the quality of life in Parramatta, citing a recent article in The Sydney Morning Herald. 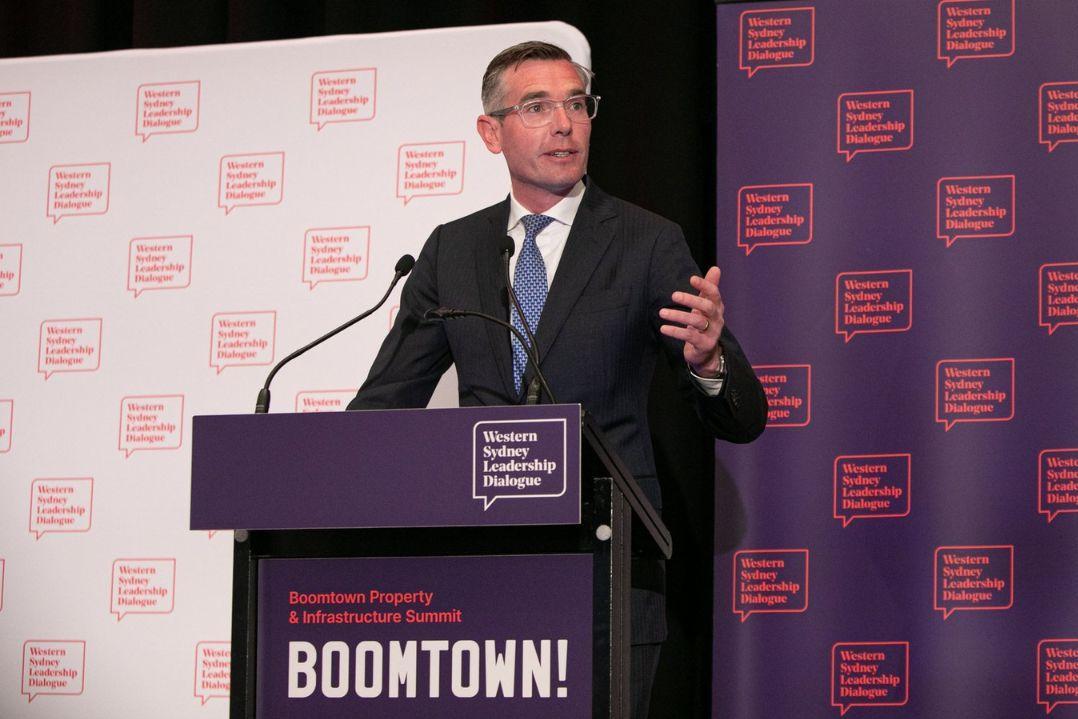 “It found that people in Parramatta recorded a significantly higher quality of life than people further east in places like Lane Cove…people in Parramatta like Parramatta better and when you look at the transformation that has occurred in the west, this is no surprise at all,” he said.

Throughout the day-long conference, industry leaders spoke of how Parramatta and Greater Western Sydney are experiencing a once-in-a-generation transformation and will continue to drive meteoric economic growth.

Among the factors contributing to the quality of life for residents, workers and visitors to Parramatta was the focus on place-making and local amenity, the need for strategic planning, and the role that sustainability will play.

NSW Premier Dominic Perrottet commented about the effect of the COVID pandemic on how people view their local communities.

“One of the aspects of the pandemic is everyone grew a great love of their local community because they didn’t have anywhere else to go, so we’re making sure we focus on the small projects in local areas which make our suburbs more liveable. Setting up the $5 billion WestInvest fund ensured that communities across Western Sydney shared in the small things that make suburbs more liveable.”

Among the projects benefiting from the WestInvest fund in Parramatta is the revitalisation of the Central City Parkway underneath the M4 which was announced at Boomtown, along with other projects for the Parramatta LGA.

Chris Brown, Chair of the Western Sydney Leadership Dialogue (WSLD) said his organisation was also focusing on place-making. In his organisation's White Paper outlining its 2023 NSW Election Priorities, it says there is an “emergence of the 15-minute local centre as a dominant strategic planning paradigm. Accordingly, place-making has taken on an elevated importance within our planning and transport agencies, complementing the work of local councils and developers.”

WSLD priorities are (among others): 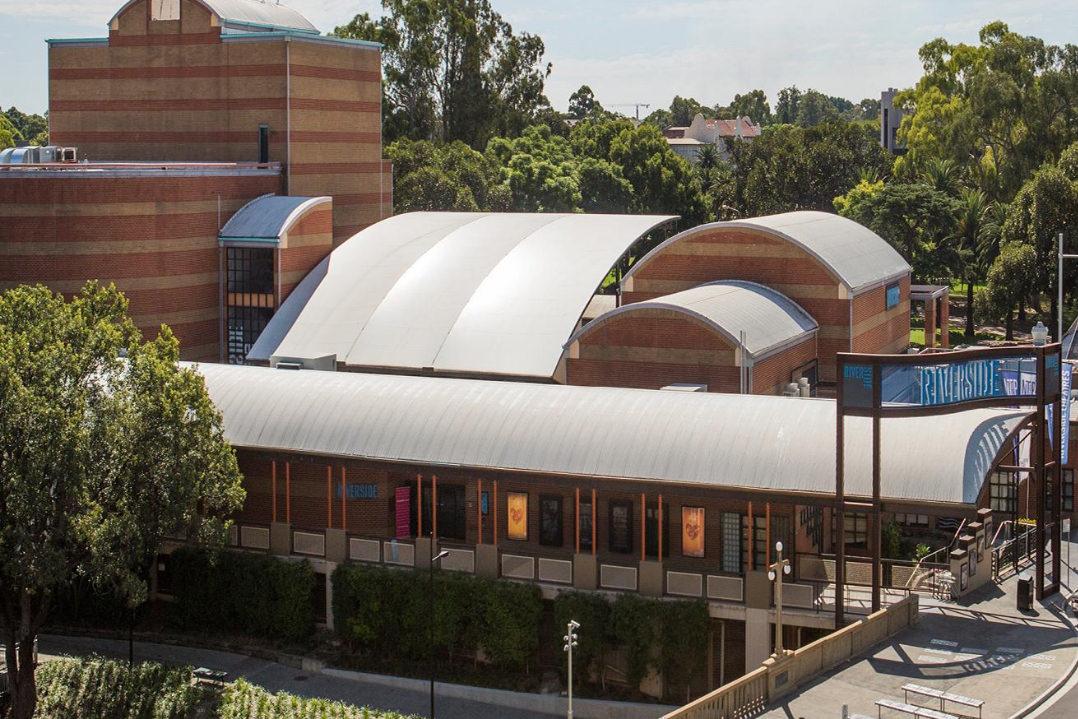 Chief Commissioner of the Greater Cities Commission Geoff Roberts, said that his organisation is about to enter a period of strategic planning that will contribute to how people live in Western Sydney. 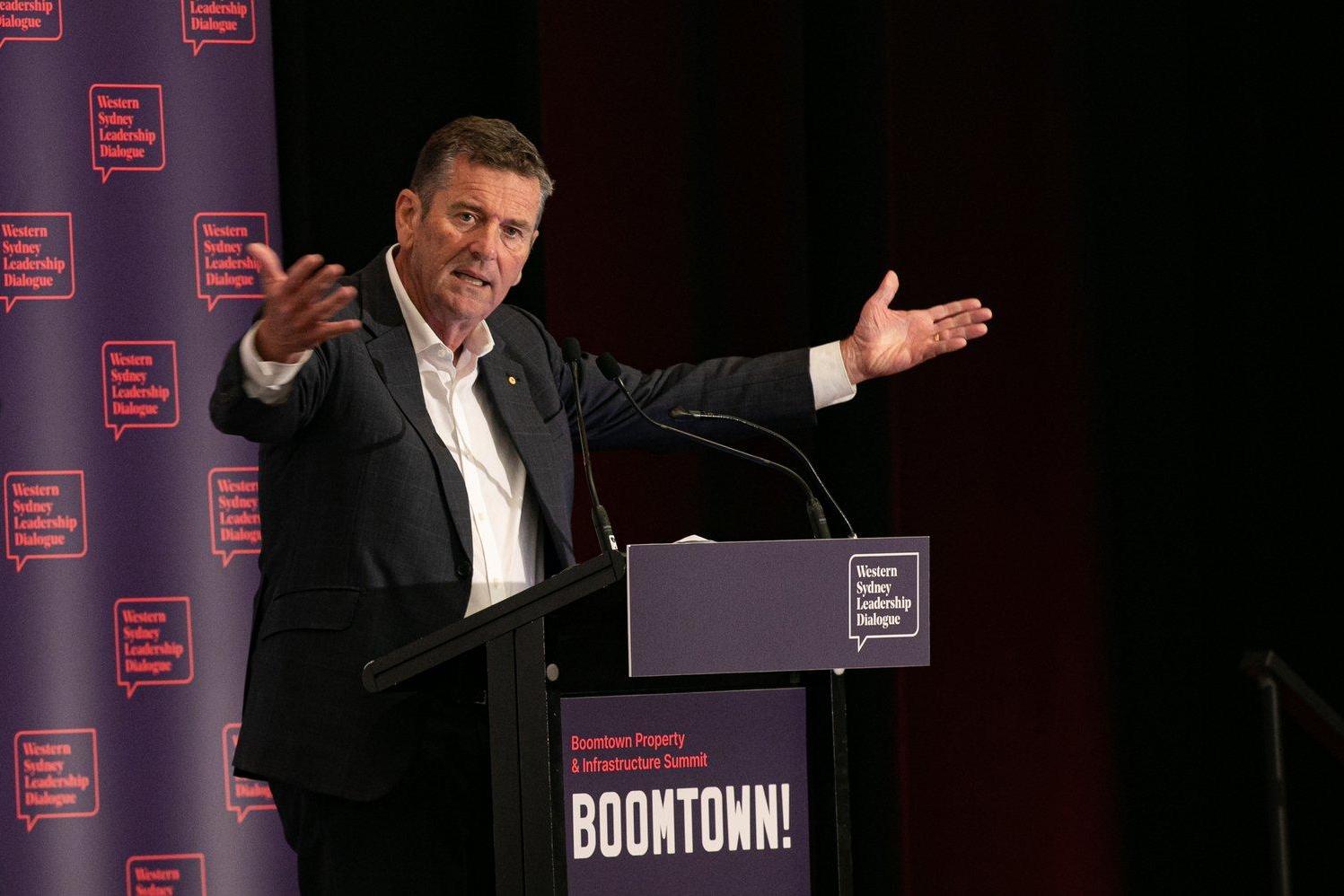 When looking at strategic planning, he said it was important to look at changing needs of people and suggested that the 30-minute city concept may no longer be relevant to everyone.

“The evidence that we have is that more people are now happier to live further away from work. The hybridisation of work is here and therefore we are moving more to city regions because of congestion and liveability,” said Roberts.

Geoff Roberts also said that the focus is not on the infrastructure itself but on how it helps. “It’s about the impact on the people, the jobs, the housing, the connectivity, that that creates. That’s the contribution that an organisation like [the Greater Cities Commission] can participate in, in collaboration [with others].”

In the Commission’s Greater Sydney Regional Plan (GSRP) released in 2018, it recognised that the “Central River City will grow substantially capitalising on its location close to the geographic centre of Greater Sydney. Unprecedented public and private investment is contributing to new transport and other infrastructure leading to a major transformation of the Central River City.”

This plan for Greater Sydney has already provided some of the impetus for the growing list of transformational projects in the City of Parramatta including Parramatta Square, transport infrastructure, commercial development, and the new Museum of Arts and Applied Sciences (MAAS), just to name a few.

The City of Parramatta will continue to benefit from the work of the Greater Cities Commission.

Sustainability contributes to quality of life

Western Sydney University’s Dr Roger Attwater who is Senior Manager, Environmental Sustainability, while discussing sustainability in Western Sydney said, “I certainly believe it’s about strategic alignments and the partnerships we have been developing.” 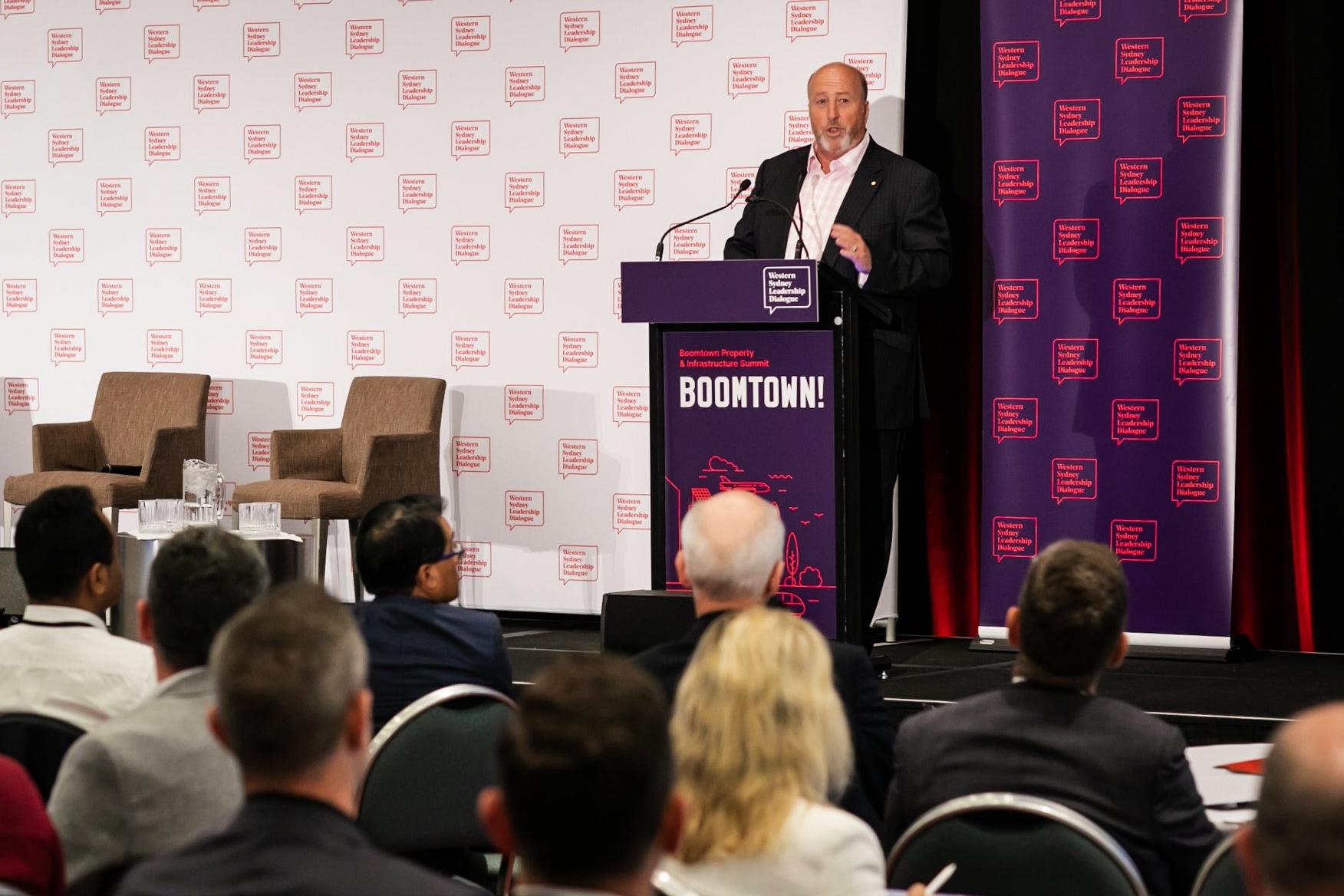 An example of a strategic partnership is the project the City of Parramatta is undertaking with Endeavour Energy. It’s the largest smart and LED energy efficiency street-lighting upgrade project ever seen within NSW.

The $4 million project will see more than 3,000 lights upgraded to high-performance and energy-efficient smart LED streetlights. The new LED lights are between 45 and 60 per cent more efficient and will provide up to 60 per cent energy savings. The amount of energy saved is enough to power Riverside Theatres for three years.

In speaking about her work in the circular economy space, Terri Butler, Chair, Circular Australia said, “There are opportunities in almost every area of human activity to take a circular economy approach.”

An example of the circular economy at work in Parramatta is the new PHIVE community and council facility.

At the Boomtown Dinner, the new PHIVE building won the Project of the Year in the Western Sydney Leadership Dialogue’s Boomtown! 2022 Property & Infrastructure Awards. The Award recognised PHIVE’s sustainability credentials making it an example of using a circular economy approach. Opened in September 2022, its sustainability credentials mean it has net zero carbon emissions from day one. 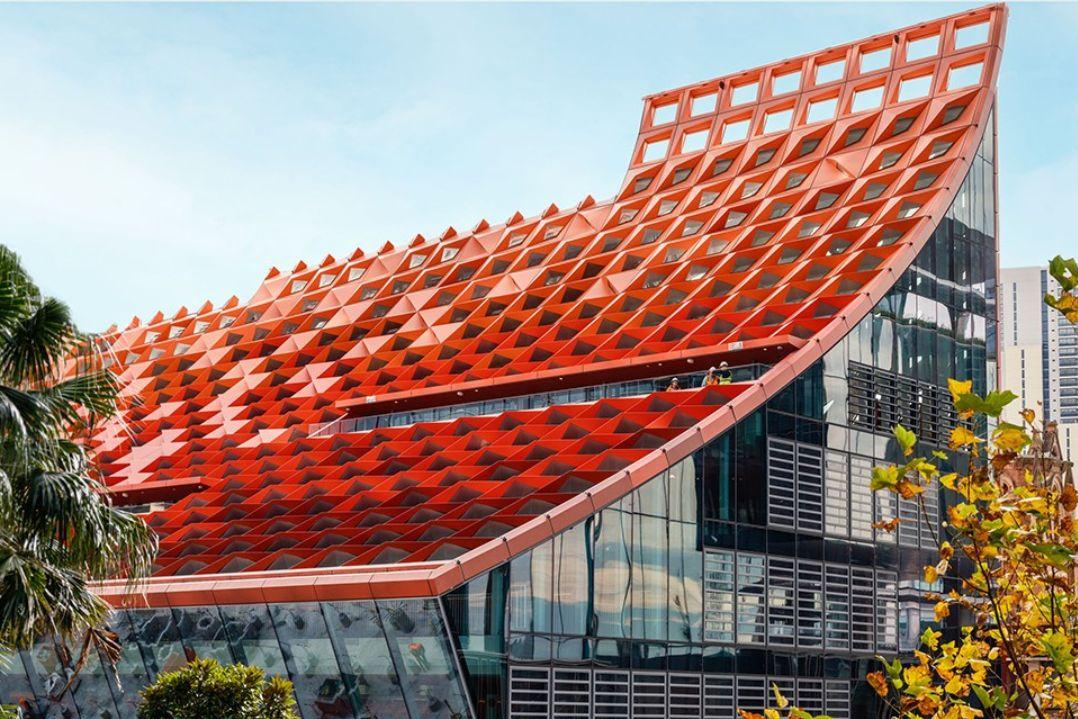 With design principles focussed on environmental performance, the building has a low reliance on traditional heating and cooling methods. Solar collectors on the roof generate power, heating and hot water, while the unique design allows for water harvesting.

The distinctive red giant louvres respond to weather conditions, such as heat, wind and humidity, and automatically open to fill the building with fresh air and natural light as needed. The system is linked to the Bureau of Meteorology and two local weather sensors to ensure optimal operation. These features and more, contribute to its six-star Green Star Rating from the Green Building Council of Australia.

The Boomtown Dinner and Summit held at Sydney Olympic Park was sponsored by The City of Parramatta and run by the Western Sydney Leadership Dialogue (WSLD).

Parramatta: A Community of Communities

Parramatta is a place where global citizens live alongside each other making it an ideal location for a multicultural broadcaster like SBS. Half of the population of Parramatta was born overseas, speaking over 140 languages between them. The population is young with a median age of 32.1 years old and well educated with more than two-thirds of the population with a post-school qualification.