Ahead of World Animal Day on Sunday October 4, we’re celebrating the unique native bird and animal species who live in our very own little nook of the world.

Ahead of World Animal Day on Sunday October 4, we’re celebrating the unique native bird and animal species who live in our very own little nook of the world. With a focus on mobilising the global animal welfare movement and increasing awareness about the ways we can all help to make the world a better place for animals, World Animal Day is a chance to reflect on the beauty and significance of our fellow creatures. To mark this occasion, here are 5 iconic species that live and forage around the Parramatta River.

A small migratory shore bird that arrives in August each year to feed along the waters of the Parramatta River, the Bar-tailed Godwit is recognised as a feature and symbol of our city. These birds are total winners in the air — they have been known to travel 11,000 km from Alaska in eight days, flying at an average of more than 50km/h without sleep or eats! According to Bird Life Australia, between 2008 and 2011, over 300 Godwits were recorded in the Parramatta River estuary. We can help protect them by keeping our dogs on leashes near shorebird habitat – when chased by dogs, Godwits stop feeding and may not eat enough to fly back to the Arctic Circle to breed. 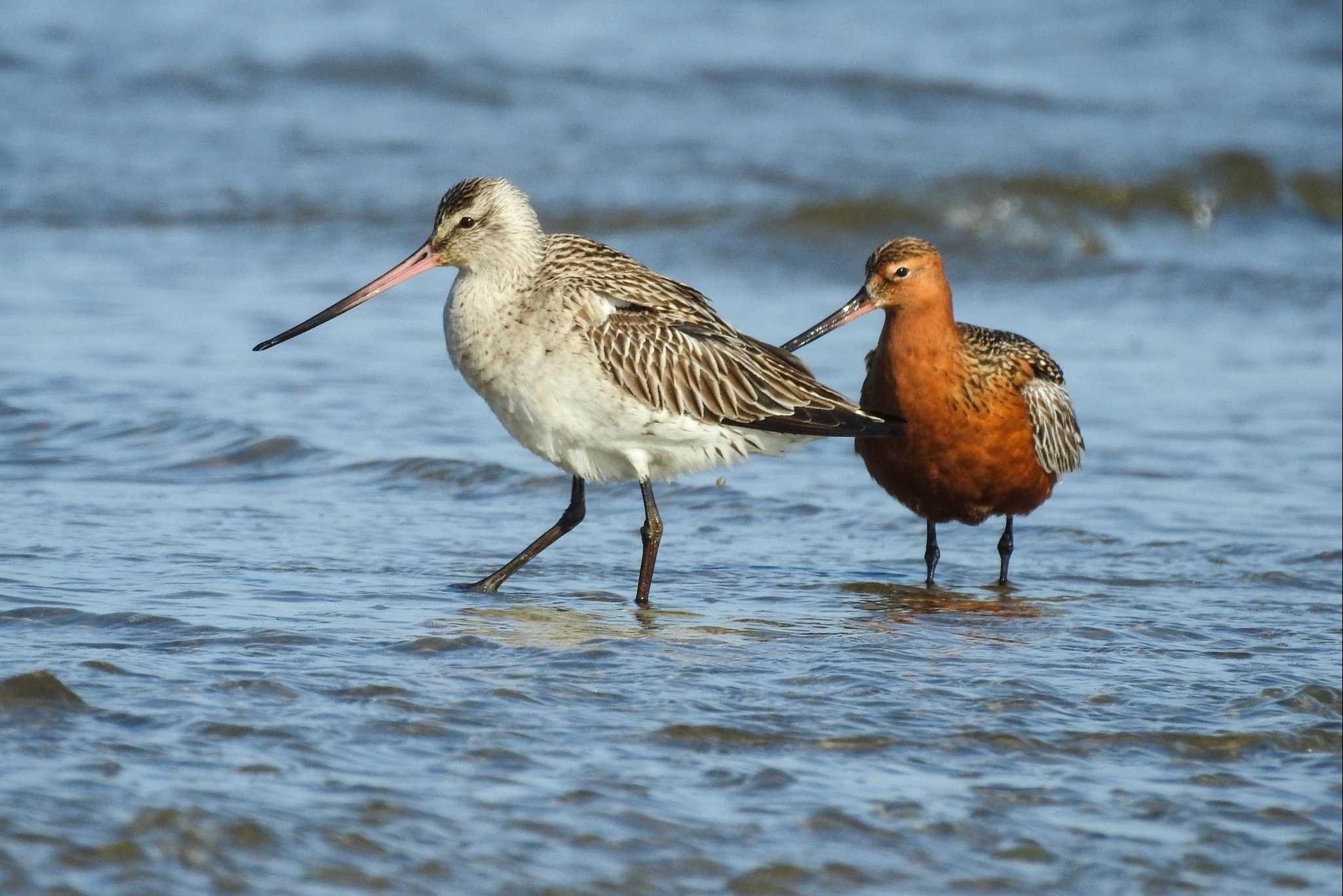 A species of Australian ground frog, this easy-to-spot fella is unique to the Sydney Basin. Found only around sandstone escarpment areas around Sydney, from Ourimbah in the north, Nowra to the south and the Blue Mountains areas to the west, the stunning orange-red triangle or ‘T’ shape on its head makes this frog very distinctive. If you’re curious to spot a red-crowned toadlets, be sure to tread carefully around rocky areas – they love sheltering under rocks and amongst masses of dense vegetation or thick piles of leaf litter. To help protect this species we need to focus on improving our water quality and maintaining natural water flows wherever possible. 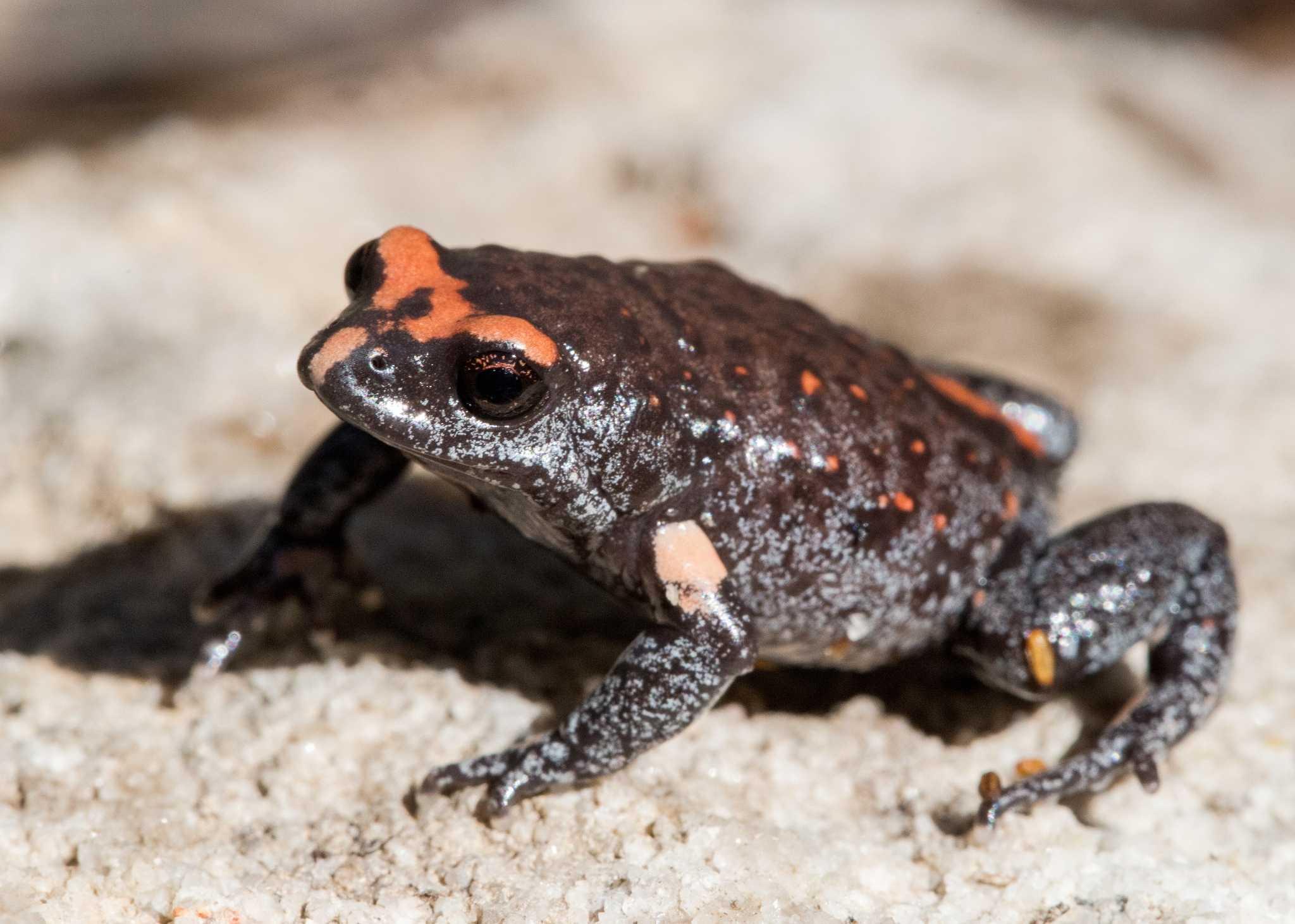 It’s as magical as it is eerie – walking along the Parramatta River at dusk just as the pink sky fills with hundreds of flying foxes and microbats. There are around 15,000 flying foxes and microbats living in Parramatta Park, and a good place to spot them is along the eastern side of the river. Head down there just before nightfall to see them take flight in search of food, or catch them in the daytime hanging upside down in the trees. Want to take steps to help protect this species? Consider volunteering to work with a bushcare group that is planting food or roost trees for a local flying-fox colony. 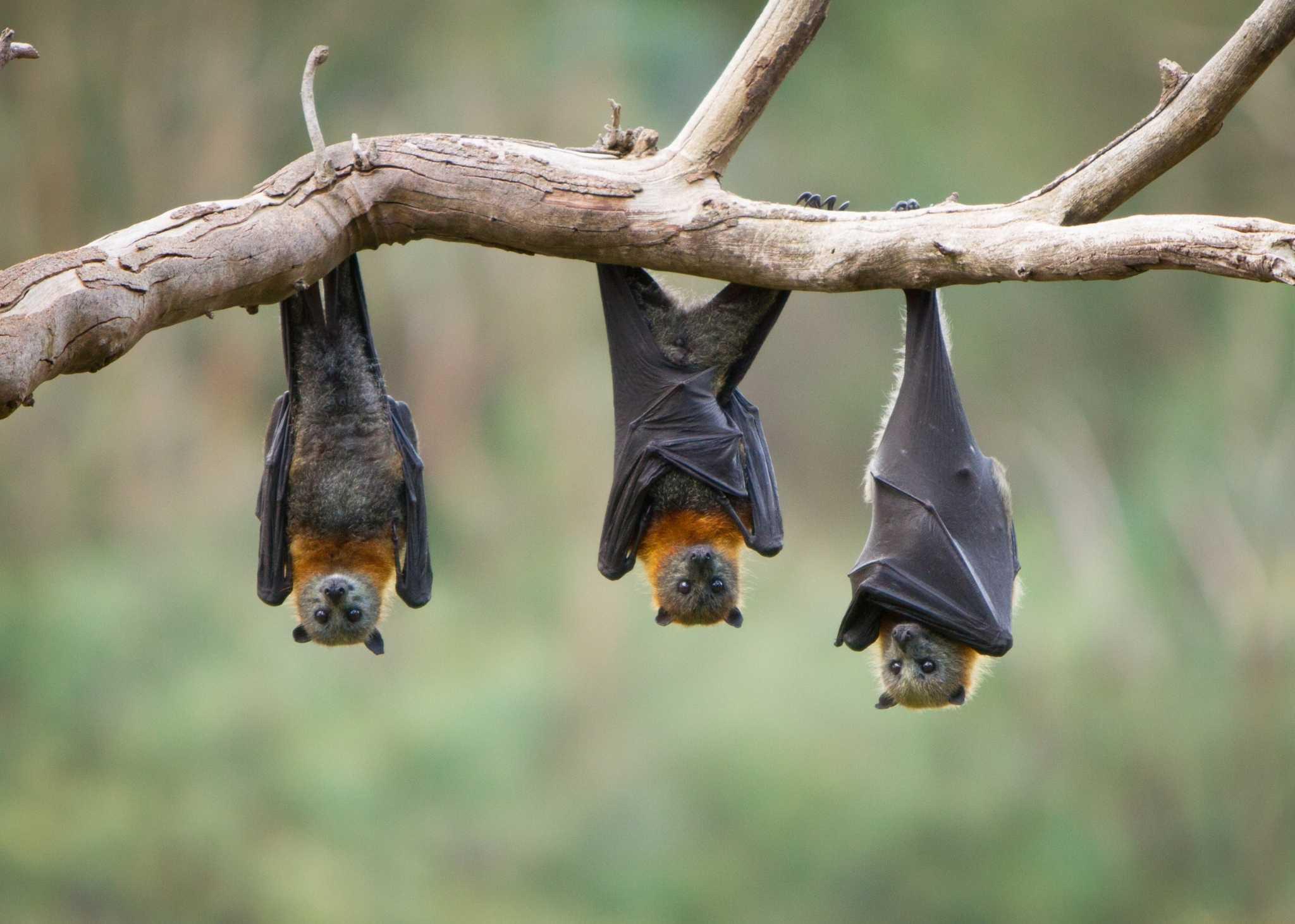 The Powerful Owl (Ninox strenua) is Australia’s largest owl with a mighty wingspan of up to 140cm. Despite the fact that it’s a threatened species, the Powerful Owl does live in cities.  During the daytime they are usually found roosting among dense leafy foliage of trees and shrubs, but a keen eye may spot a Powerful Owl on the hunt for prey in the forests and woodlands along the Parramatta River. The best way to work out if the owls are about is to listen for their calls after dusk or very early in the morning. They have a soft but resonant whoo-hoot, which can be heard up to a kilometre away! 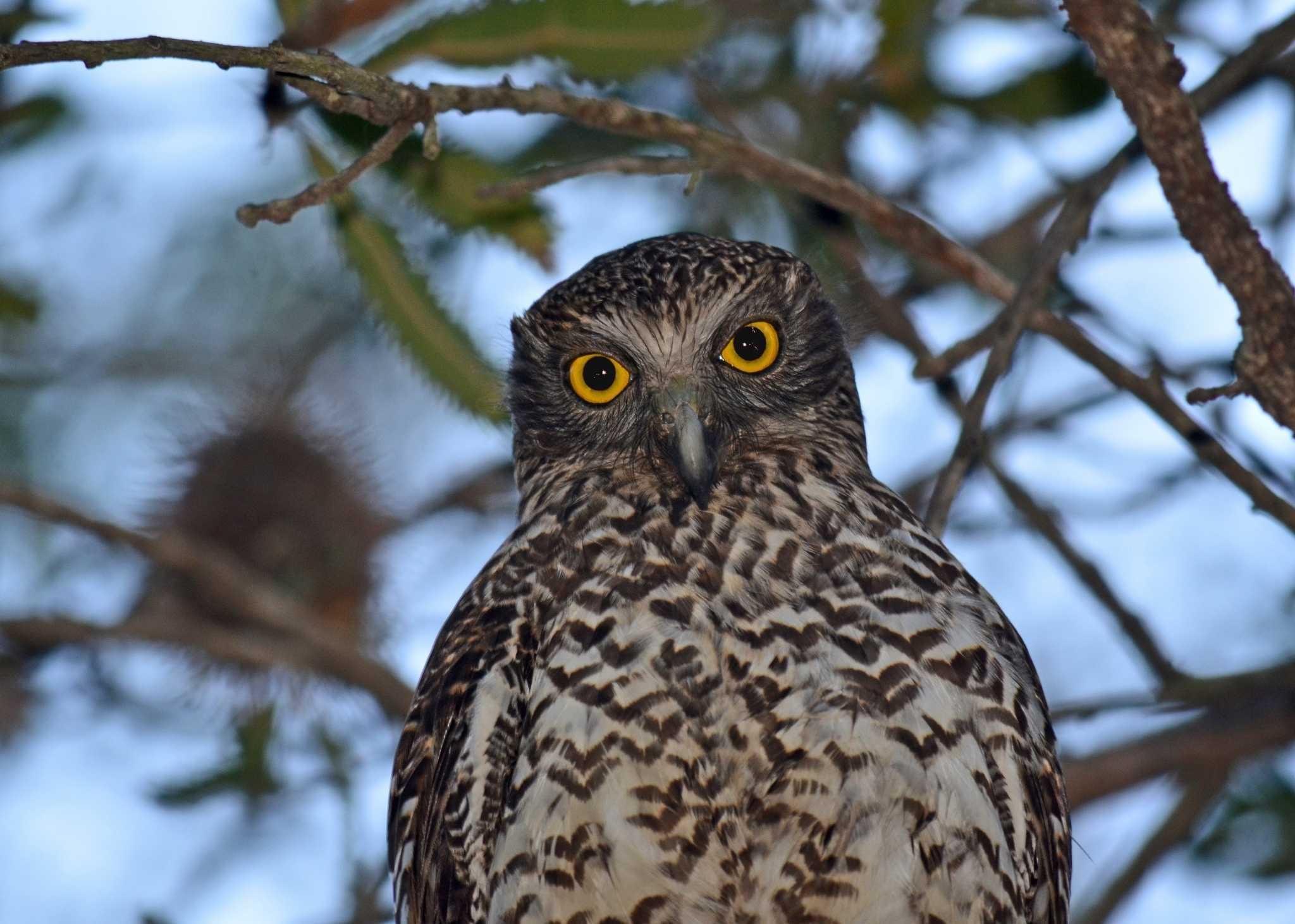 The Green and Golden Bell Frog is a truly beautiful creature. They come in an extraordinary range of colours – from a vibrant pea green splotch with metallic brass brown, to almost completely green and even golden. In the 1960s, the presence of this frog was fairly widespread but it is now considered a threatened species. The best place for spotting a Green and Golden Bell Frog is the southern bank of the Parramatta River. Other smaller areas of habitation occur at Merrylands around the Holroyd Gardens estate, was formerly the Goodlet and Smith Brickworks. To protect this species, consider creating green and golden bell frog habitat in your own garden! 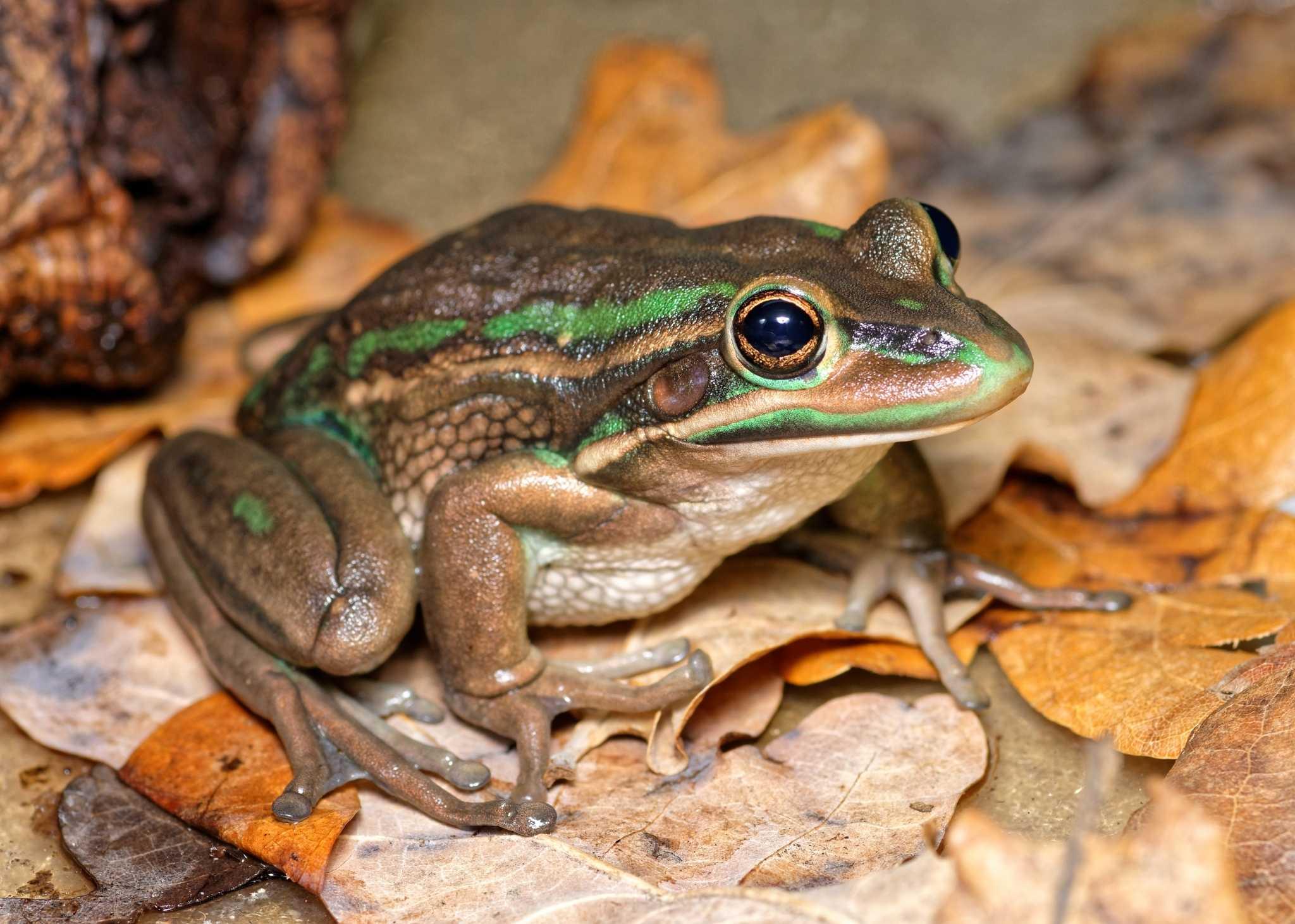