The Philip Ruddock Heritage Centre juxtaposes the oldest and newest of Parramatta’s buildings. Visitors can look directly onto the foundations of the original settlement, gaining a glimpse into the lives of its earliest European residents.

Sometimes looking to the future can provide fresh insights into the past. Opened in December 2017, the Philip Ruddock Heritage Centre – named after a long-serving member of Australia’s Federal Parliament – juxtaposes the oldest and newest of Parramatta’s buildings. Just steps from the commercial hub of modern Parramatta, visitors can look directly onto the foundations of the original settlement, gaining a glimpse into the lives of its earliest European residents.

Significance of the Discoveries

Excavations at 45 Macquarie Street revealed the well-preserved brick footprint – or as archaeologists say, ‘footings’ – of a convict hut and evidence of two more. Dating from the 1790s or early 1800s, these are the remains of some of the first European structures ever built on Australian soil. When Parramatta was a penal settlement, such huts were used to house convicts and by 1792 over a hundred of them had been constructed along George and Macquarie Streets. Rudimentary in the extreme, the simple wattle-and-daub structures would have formed a striking contrast to the fine Governor’s house, which overlooked them from the top of the hill.

As the project’s lead archaeologist Edward Higginbotham points out, ‘This is the first time that the physical remains of a convict hut have been put on display’, making the Philip Ruddock Heritage Centre a unique attraction for those interested in the early history of the colony of New South Wales. It’s hard to imagine that between ten and fourteen people lived in each of these buildings, sharing a space of around 7 by 4 metres. Picturing the inhabitants’ lives is a good exercise in historical empathy, even more so when you realize that they had no furniture and only a fireplace for both cooking and warmth. 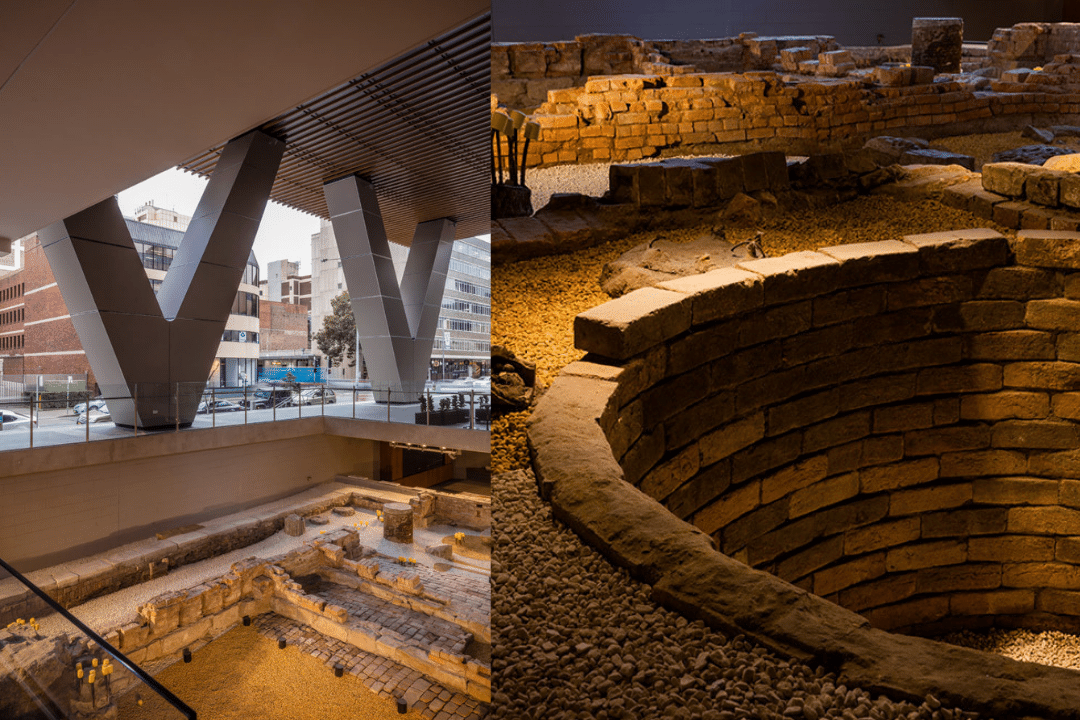 Over time, as prisoners were moved into purpose-built barracks, many of the huts were leased out to free settlers and emancipated convicts, who developed the ‘allotments’ for residential and commercial purposes. The Philip Ruddock Heritage Centre contains remnants of a number of these early homes and businesses, including one of Australia’s first pubs, the Wheatsheaf Hotel, which operated here between 1801 and 1808. There are also the remains of a wheelwright’s workshop, where solidified drops of molten iron were found, having been left behind nearly 200 years ago in the process of making and mending wheels for the carts that carried people and produce between Parramatta and Sydney.

A baker’s oven, a stone used for grinding flour, a household well, water pipes, fireplaces and a timber-floored beer cellar are among the other structural finds that reveal the many different uses of this site over the years. Altogether, the discoveries here make this of the most significant archaeological excavations not only in Parramatta, but also in the whole of New South Wales. 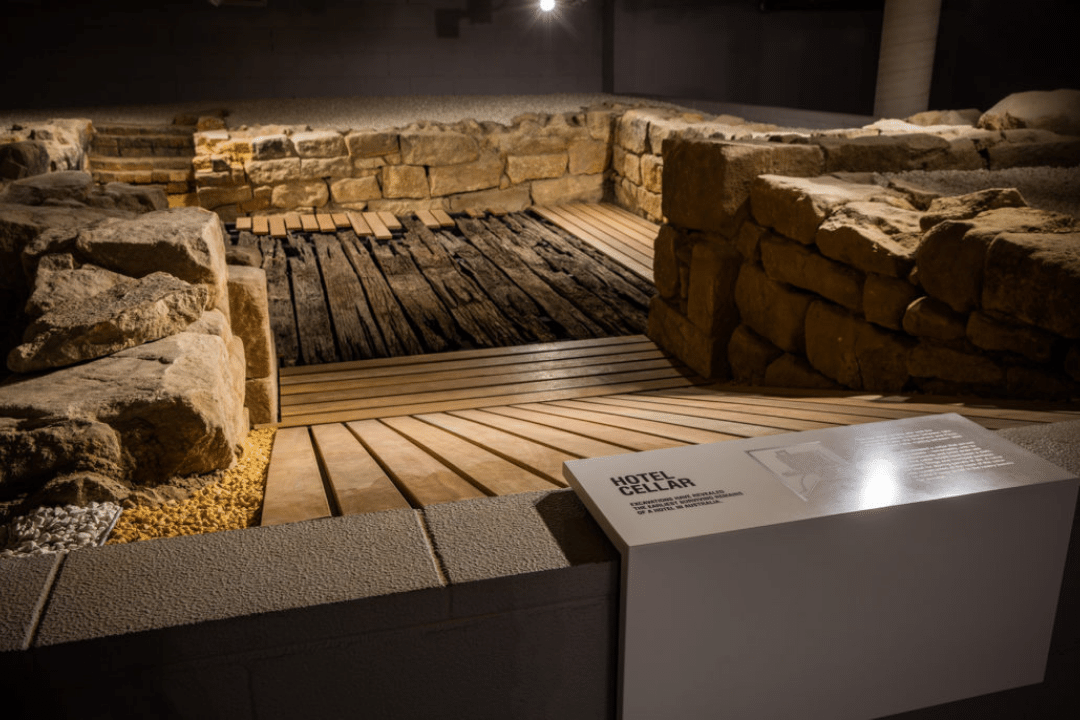 The immediacy and impact of seeing these remnants of old Parramatta exactly where they were discovered is further enhanced by the detailed interpretative signage that accompanies the displays. The Philip Ruddock Heritage Centre is not just an exposed archaeological site: it is also a beautifully curated museum of life in the early days of the colony.

Quotations from original letters, diaries and newspapers, and reproductions of contemporary paintings and drawings, add depth and drama to the stories revealed by the excavations. Even more intriguing are the displays of objects found during the dig. Fruit stones, shells and bones, bottles and eggcups show what the convicts and settlers ate, and how they ate it. Toothbrushes, medicine jars and fine-tooth combs tell us about their health and hygiene. Thimbles and pins, buttons and beads, provide insights into the way they dressed and adorned themselves. Inkwells and agricultural tools show the range of their occupations, while hundreds of clay pipes testify to a common love of tobacco. Marbles, chess pieces, dolls and toy soldiers reveal their recreations, especially those of the children who once lived here. 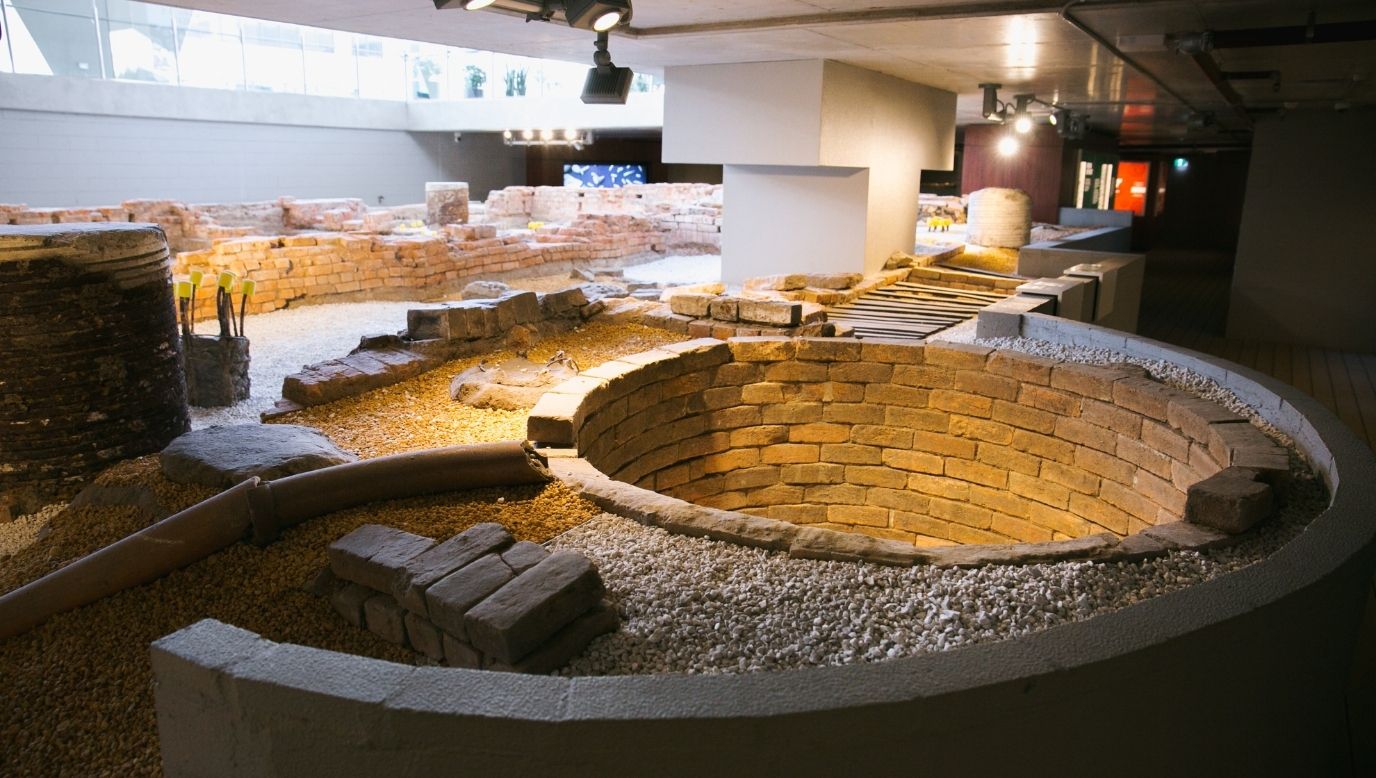 The exhibition curators have also created a beautiful collages of multi-coloured glass and ceramic fragments that reveal the complex trade connections the young colony had with China and India, as well as Great Britain.

On this compact site, thanks to the carefully designed displays and detailed background information, it’s possible to understand the ways in which physical excavation, archival detective work and broader historical explanation all complement each other in the process of bringing a buried past to light. Whether you’re interested in the economic life of the early settlement at Parramatta, or inspired by the fragments of a doll’s tea set to imagine the life of the child who played with it long ago, this is a place that will inform and intrigue. 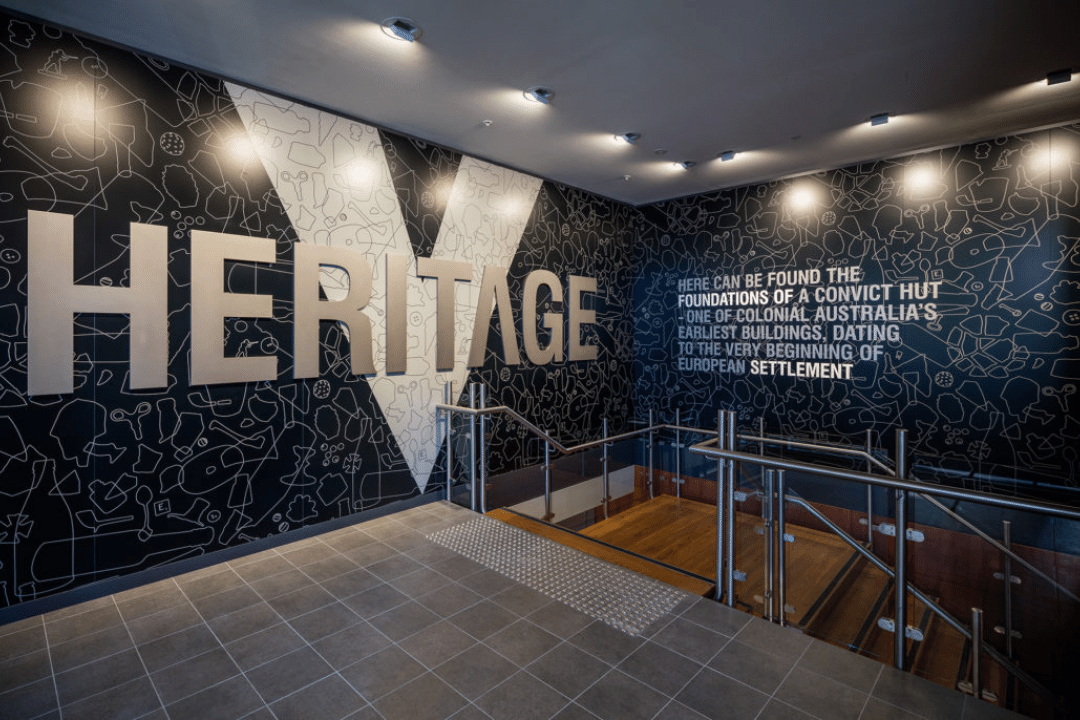 Learn about the people of Parramatta whose footsteps you walk in every day. Discover these fascinating little known stories of Parramatta.